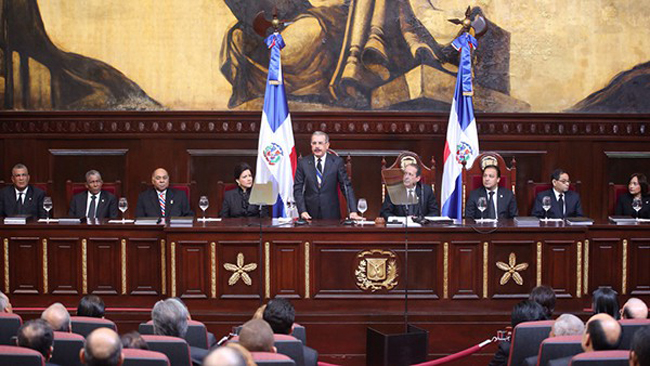 In this week’s edition of “This week in the Dominican Republic” we learn about President Danilo Medina’s priorities for the country as spoke about in his State of Nation speech, a visit from Florida business leaders, as well as a 100K tourism marathon.

Yesterday, Thursday February 27th, the Dominican Republic celebrated 170 years of independence, and as part of the commemoration President Danilo Medina gave his State of Nation speech.

A few of the most important topics addresses in this year’s State of Nation speech were:

An end to blackouts. President Danilo Medina vowed to put an end to the Dominican Republic’s blackouts before the end of his term (August 16, 2016). In order to achieve this, Medina aims to announce a National Pact with the energy sector before year end, with the mediation of the Economic and Social Council (CES). “We will leave behind this situation of high prices and poor service once and for all,” he pledged.

5 major infrastructure projects to start this year. These projects are 2 new highways, one between San Juan and Santiago, and the other from Navarrete and Puerto Plata, as well as Santo Domingo’s second subway line, the Monte Grande Dam and the Juan Bosch City. The Juan Bosch City, in Santo Domingo East, next to the Las Americas highway, will be a public-private project with 25,000 low-cost homes. Other plans for 2014 include 19 new roads, 8 new bridges and new highways for both Azua and Bani.

Major works inaugurated last year. Last year, a number of infrastructure projects were successfully opened, these include the La Romana Bypass, as well as the Eastern Tourist Boulevard, from the Punta Cana – Bavaro area to Miches.

A delegation of 135 representatives of 30 Florida companies and authorities visited the Dominican Republic this week, with the aim to boost bilateral annual trade of US$5.3 billion. In addition to a meeting with President of the Dominican Republic, Danilo Medina, the group also attended the American Chamber of Commerce’s (AmchamDR) monthly luncheon, as well as took part in more than 500 meetings with Dominican business leaders during their visit.

On Monday of this week President Danilo Medina vowed to invest all the needed resources to ensure they reach a goal of welcoming 10 million tourists to the Dominican Republic within 10 years. Last year the tourism industry brought in over US$5billion in earnings and so far this year, reports have revealed that the sector grew 8% in January.

Tourism in the Caribbean region grew just 0.2% last year, while the reported growth in the Dominican Republic was 4%.

A number of investments to help reach this goal include:

From the 18th to the 25th of March, the first 100K Caribbean Marathon will take place between Cabarete and Samana on the north coast of the Dominican Republic. Taking place over 7 days, the race will be divided into 5 stages taking participants from Sea Horse Ranch in Sosua to Puerto Plata, Caberete and Las Terrenas, ending at Moron beach in Samana, where there will be a celebration and prize-giving.

Both national and international athletes are expected to take part.