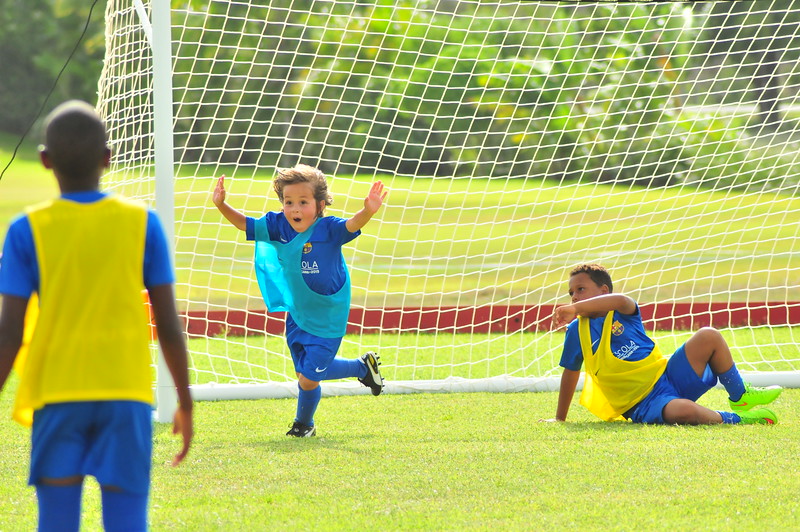 Ever since Casa de Campo’s alliance with FCBEscola football was announced back in May, the entire Casa de Campo community has been very excited about this new addition to Casa de Campo’s sporting repertoire. And now that the the summer football camp is underway we thought it was the perfect time to bring you an update and lots of photos of the action!

The first week of the Casa de Campo FCBEscola football camp took place on June 29th and now the camp is about to embark on its 3rd of 6 weeks teaching Casa de Campo’s little ones how to become football stars!

Enrolling children between 6-17 years old, the FCBEscola summer campers have been enjoying learning a wide range of football skills at the Casa de Campo Polo Fields, while also taking some leisure time to enjoy some of Casa de Campo’s other pastimes – such as kayaking at Minitas beach!

If you are interested in enrolling one of your future football stars you can still do so! Details of the remaining camps are below and to find out more details about the scheme please click here.

Here are the photos of the action going on in the FCBEscola Summer Camp: