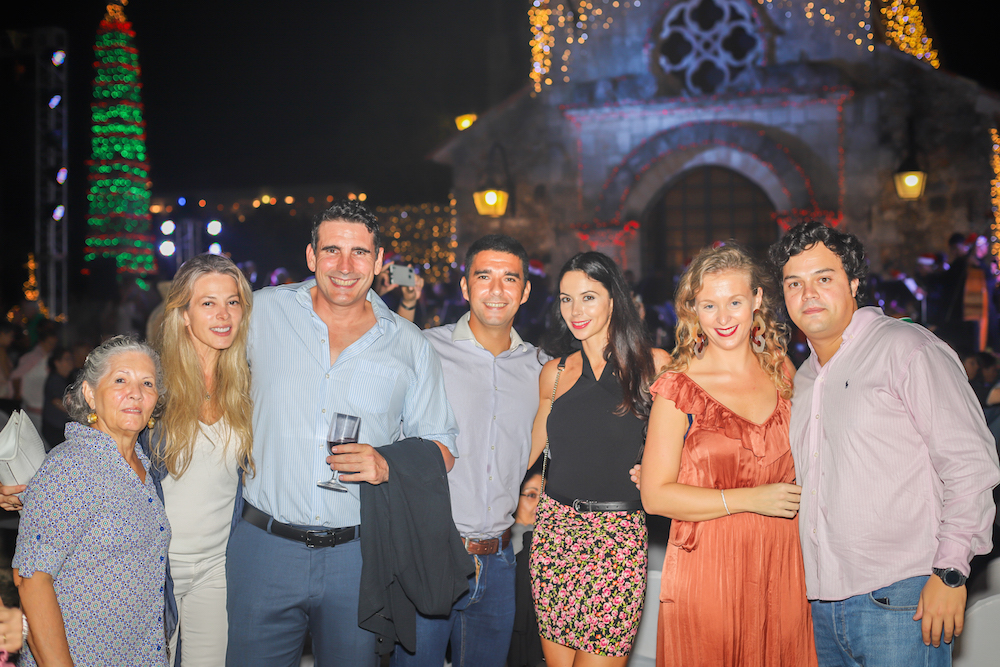 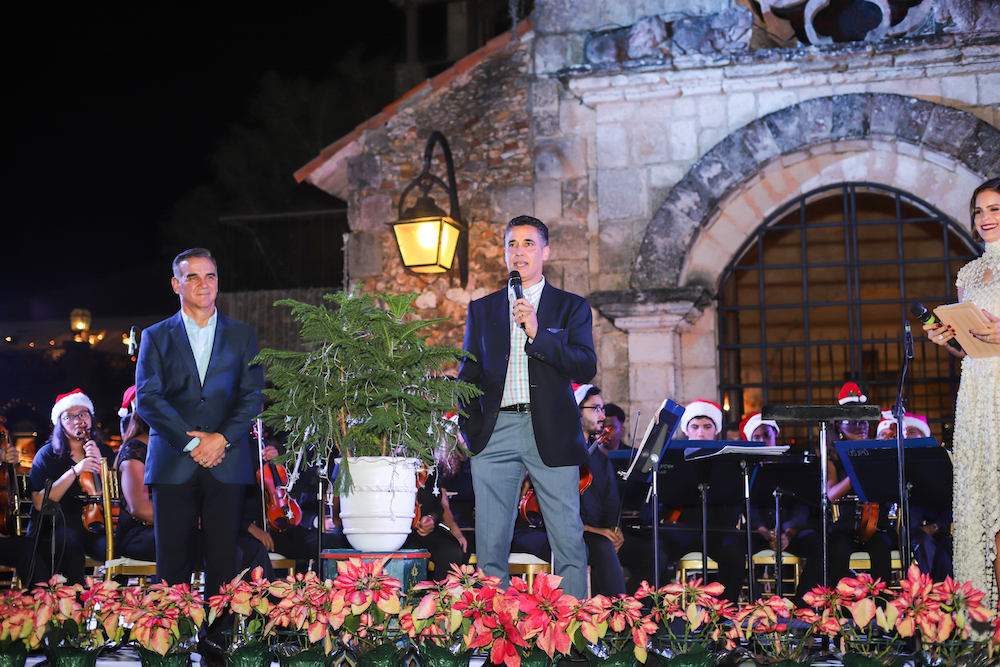 The magical evening started with the arrival of Santa Claus who greeted Casa de Campo little ones with a hearty ‘HO HO HO’ in his new Carribean home! Starting at 6:00 pm, little ones received a beautiful Magic Pass to Santa’s House when they donated a new toy or brought a cash donation for the Hogar del Niño and Fundación MIR charities. This has been a very special addition to the holiday program that teaches our kids the importance of giving to those in need. Once inside, the jolly Santa Claus and all his elves received Christmas wish lists and good-hearted children who sat atop Santa’s lap for photos. We saw many happy faces from children, and even adults, who played and ran around the snowy setting.

The Chavón Plaza buzzed with holiday cheer with more than 400 members from the Casa de Campo and La Romana communities. The official ceremony, which began at 7:30 pm after Father Raisy’s blessing. Acting as the Mistress of Ceremonies was one of Casa de Campo’s own, Renata Soñé, who after welcoming the many guests, Renata turned the stage over toAndrés Pichardo, President of Casa de Campo Resort, Juan Velázquez, Vice President and Administrator of Costasur Dominicana, who expressed their happiness and gratitude to all present for helping Altos de Chavón continue such a beautiful yearly tradition. 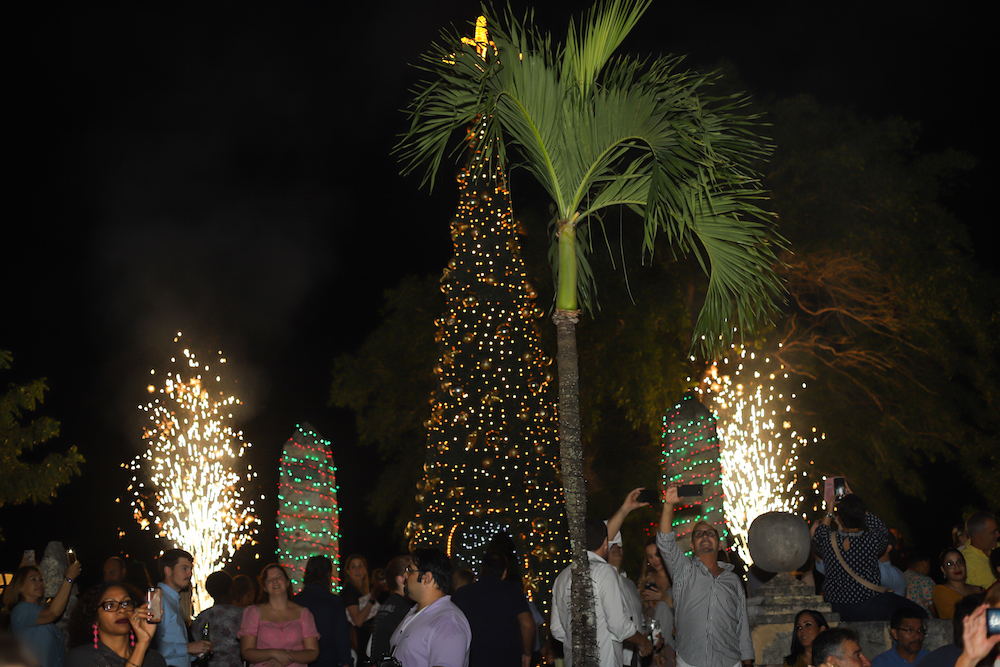 They invited the children in the audience and a group of kids from the Fundación MIR to come up on stage and help them countdown the start of Christmas! The kids happily complied and everybody in the Plaza joined in. The grand button was pressed and Altos de Chavón lit up with all the lights that had been installed throughout the week. It is a truly magical and breathtaking moment and one that for us in Casa de Campo signified the beginning of Christmas!

Following the display of lights, a Christmas concert with the Juan Pablo Duarte symphonic orchestra, directed by Prof. José Luis Ureña, had us all singing along with traditional Christmas carols. The musical treat was a lovely end to the lighting ceremony, and thanks in part to the support of the Ministry of Culture of the Dominican Republic. It was a beautiful and magical night… and this video captures that perfectly:

Remember that the opening of the holiday season in Altos de Chavón is just the start of the merry schedule of holiday activities in Altos de Chavón! The holiday schedule continued on Saturday with the traditional ballet presentation by the students of the Elizabeth P Zeller dance academy celebrating their 50th anniversary (pics coming soon!) and this Friday, December 13th don’t miss the opening cocktail for the art exhibition, “Figure and Faces, Past and Present” by a group Dominican artists, most of them Chavón graduates. Santa will also visit again so have your kids write their Christmas letters and deliver it to Santa’s house! Click here for the complete holiday calendar of events.

The following photos were taken by Yafranny Melo on Friday, December 6th in Altos de Chavón: