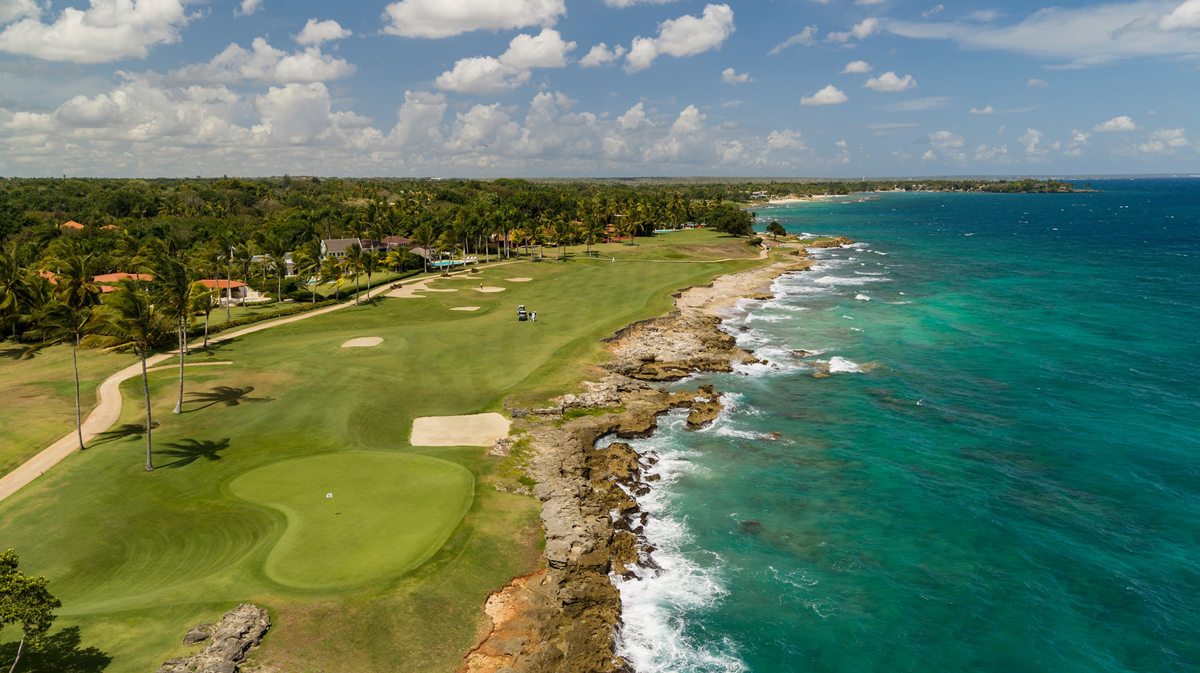 Casa de Campo Resort is synonymous with golf around the world and Teeth of the Dog is the flagship course of this luxury resort that also offers visitors all the comforts to enjoy unforgettable moments, in a unique natural environment. Because what is most valued is the experience that one experiences when one stays there. Whether for the golf courses; first-class gastronomy with restaurants offering flavors from around the world; the different attractions within the complex such as the private beach Minitas or Altos de Chavón, a replica of a 16th century Mediterranean town that also has an archaeological museum, the church of San Estanislao, an amphitheater with 5,000 seats and captivating views of the Chavón River and The Caribbean Sea; and the Marina, inspired by the picturesque villages that dot the Mediterranean coast. 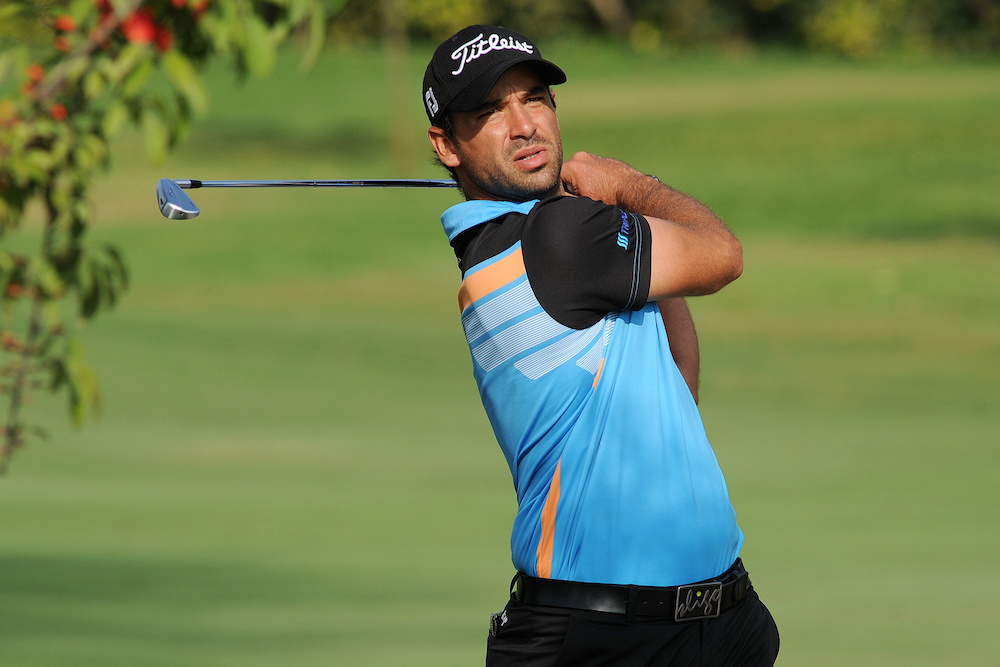 Teeth of the Dog, the design of the legendary Pete Dye, is the emblematic golf course not only of Casa de Campo but also of the Caribbean. It was host to countless major international tournaments and all the players who passed by praised every corner of the resort. “The first time I played in Dog Teeth I must have been around 12 years old. It has always fascinated me and the truth is I never get tired of seeing this course, each time it is in excellent condition and the place is spectacular, you have everything you need here in the same resort, “said Puerto Rican Rafa Campos, player of the PGA TOUR . 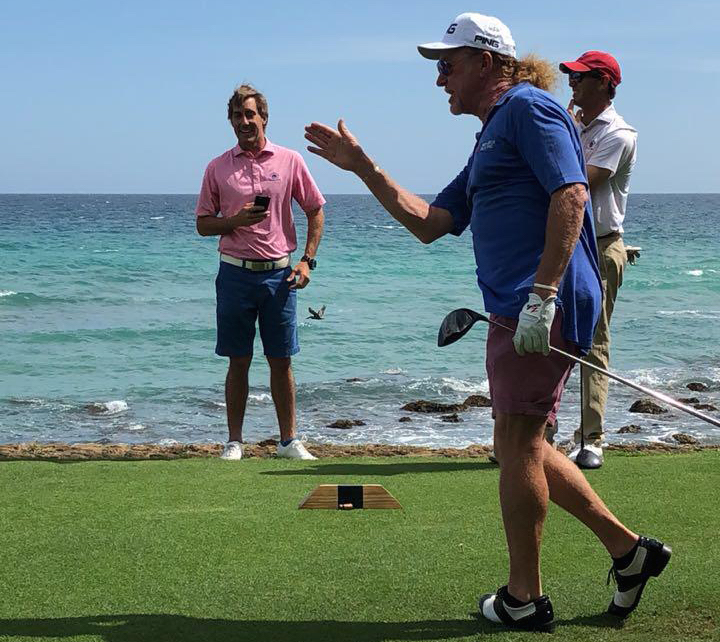 Such is the international recognition of Casa de Campo on the planet that golf, that even the European Tour multi-champion and one of the best Spanish players of all time, Miguel Ángel Jiménez, decided to spend this downtime there. The Mechanic was declared an Honorary Member of Casa de Campo a couple of months ago. “I did not like the American way of life and decided to come to live in Casa de Campo in the Dominican Republic because I am only two hours away by plane from the United States and I can rest when there is no competition,” said Jiménez, winner of 21 titles in the European Tour and 7 on the PGA TOUR Champions.

The passage of the PGA TOUR Latinoamérica through Casa de Campo impressed everyone and the repercussion was very great. After these tournaments, in different interviews and in publications on social networks, the players of the most important circuit in the region did not hesitate to express their charm for having lived an unforgettable week in a dream place. “Teeth of the Dog is one of the best courses or perhaps the best course we play on this Tour. I was looking forward to this week’s arrival since the year started, ”said American Michael Buttacavoli, winner of the Dominican Republic Open in Casa de Campo in 2014.

Another of the circuit players who lived this experience was the American Paul Apyan, who left an interesting description of his time at Teeth of the Dog: “One of the most difficult things when you are here on the tee is to stay focused, because You can be hypnotized when contemplating the beauty of this place. I love it because it makes you relax, but when you have to be attentive, you must be attentive, because if it doesn’t bite you ”. 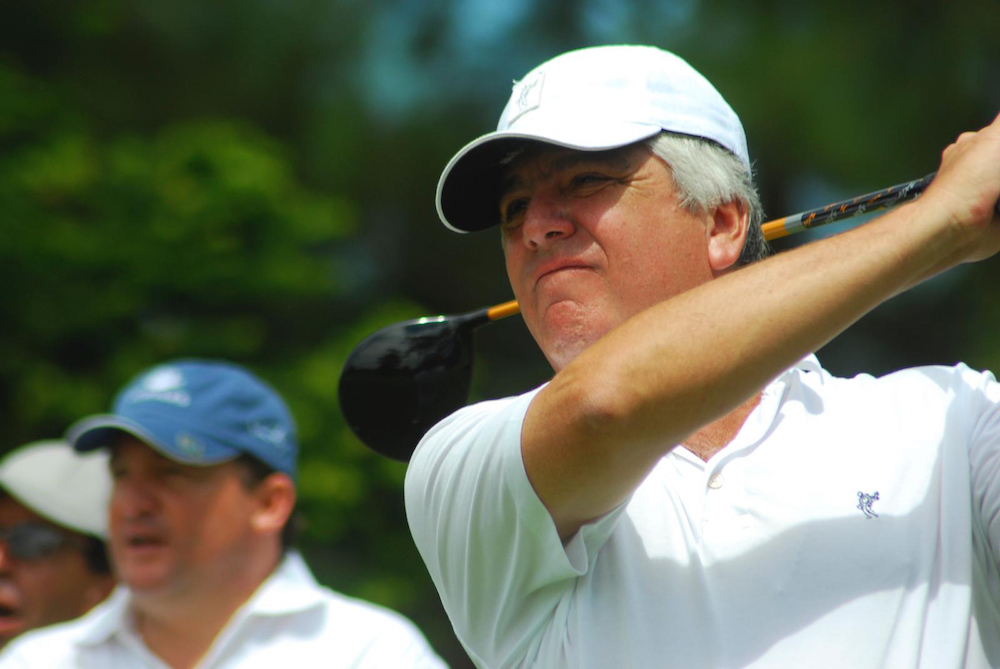 The professional Willy Pumarol, one of the best golfers in the Dominican Republic, is one of the players who most enjoyed this course and knows some of its secrets very well. “Holes 15, 16 and 17 are beautiful. As Pete Dye said well, they were holes made by God, he only had to put the grass. They play hard because obviously the wind is against them, so it is a good challenge to close any tournament. It is a field that borders on perfection, ”said Pumarol.

But not only elite players highlight this gem located in the Caribbean. Argentinean Paco Aleman, renowned ESPN journalist and commentator, knows countless golf courses around the world and points out without hesitation: “Many people ask me what field I would like to play as soon as I finish quarantine and I definitely choose Teeth of the Dog. Pete Dye was always my favorite, and the holes against the sea are unique. The resort is also one of the best in the region. ” 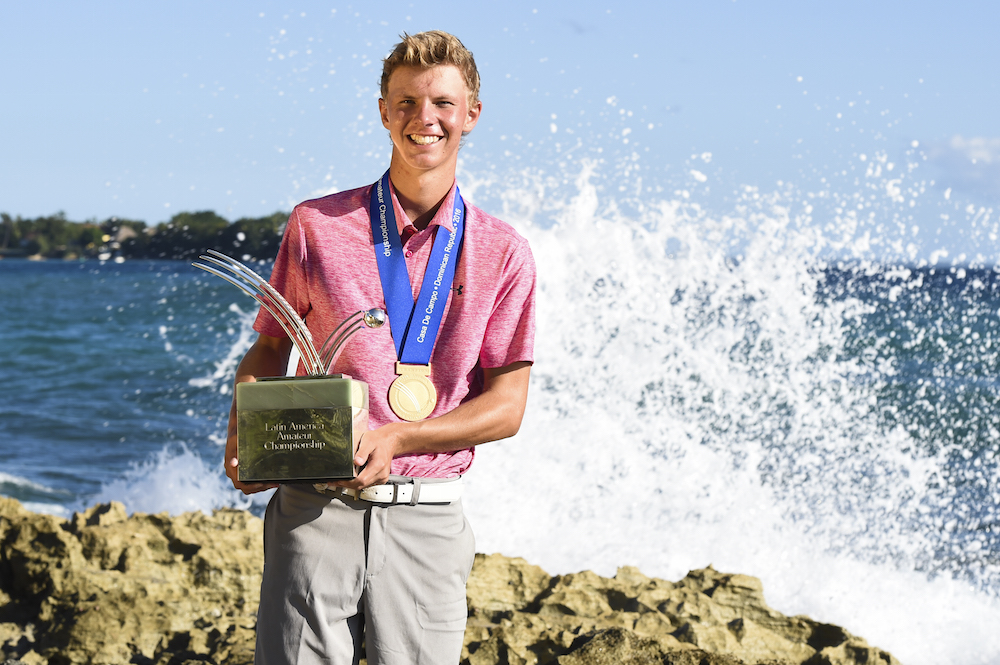 Another of the most important championships that passed through Casa de Campo was the Latin America Amateur Championship (LAAC), the event organized by the Masters, The R&A and the USGA that brings together the best amateur players in the region and chose Teeth of the Dog to be the venue twice (2016 and 2019). This was a great opportunity for many to get to know this resort for the first time and the praise multiplied over and over again.

These are some of the comments made by the players who participated in the #TOTD experience what they experienced when visiting Casa de Campo when they played the LAAC:

– Juan José Guerra (Dominican Republic): “It was an unforgettable experience. Casa de Campo is one of the best resorts in the world and the Learning Center that opened in 2016 makes it even more incredible. ”

– Julián Périco (Peru): “My experience at Teeth of the Dog in Casa de Campo was spectacular. It is an incredible site and every detail was perfect. I can’t stand the days to go back there.”

– Gastón Bertinotti (Argentina): “I was very impressed with the level of the golf course. Casa de Campo is very nice, I had an impressive time and I took many memories. I hope I can come back and enjoy one of the best golf courses in the world ”.

– Paul Chaplet (Costa Rica), champion of the Latin America Amateur Championship that took place in Teeth of the Dog in 2016. “Casa de Campo is a place that has it all. We have always been treated very well and all the staff are very helpful. I recommend that you ever visit the resort because you are going to enjoy it. What Casa de Campo gives you is not found elsewhere. ”

– Toto Gana (Chile): “I loved the place. I fell in love with Casa de Campo the first time I went. It is an incredible place, the sea too and you can enjoy all kinds of food in its restaurants. The Teeth of the Dog court is spectacular, when you go through the holes that are over the sea it is something wonderful. It is an experience that I will never forget. ”

– Jorge García (Venezuela) finished second in the Latin America Amateur Championship that took place in Teeth of the Dog in 2016: “The place is incredible and very special. It is one of my favorite places, especially the golf course with which I have an emotional union after the 2016 LAAC that I will always carry with me. I want to have my retirement home there. ”