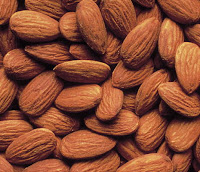 For years the health conscious (including myself) have used soy milk as an alternative to milk, but with all the controversy surrounding soy the big question is, is it the best choice? While the Food and Drug administration are touting its benefits for a healthy heart and the reduction of LDL there are more than a few claims that soy will do more harm than good. First of all, if you look at the ingredient list more than likely at the top of the list is sugar it may be under the name of cane sugar, barley malt or rice sugar but it’s all the same. Secondly there is now a heated debate on whether or not soy milk can wreak havoc on your hormones, most notably the thyroid causing hyperthyroidism in the short run and hypothyroidism in the long run, this translates into a loss of energy, cognitive decline and brain fog. Several studies have also shown that the consumption of soy milk leads to increased anxiety and stress and that it is worthless in treating the symptoms of menopause. Soy is also a cooling food which according to some schools of thought will cool the reproductive organs and lower the chances of fertility. 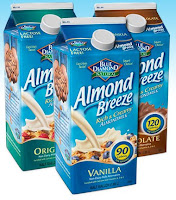 This is where almond milk comes into the picture, made from water and almonds with a creamy consistency and a nutty taste. Almonds are one of the healthiest foods out there, rich in magnesium, potassium, manganese, antioxidants and even calcium. Be sure to stick with the unsweetened variety. I use it regularly in smoothies and also as a milk substitute for cooking or baking, you can’t tell the difference, and weighing in at only 40 calories a cup it’s a great way to lighten up your holiday baking! Nowadays you don’t even have to stick your almond milk in your suitcase to have it with you in Casa de Campo, it can be found at Block & Barrel in the Marina.

This article was contributed
by Jacqueline M. Banks.