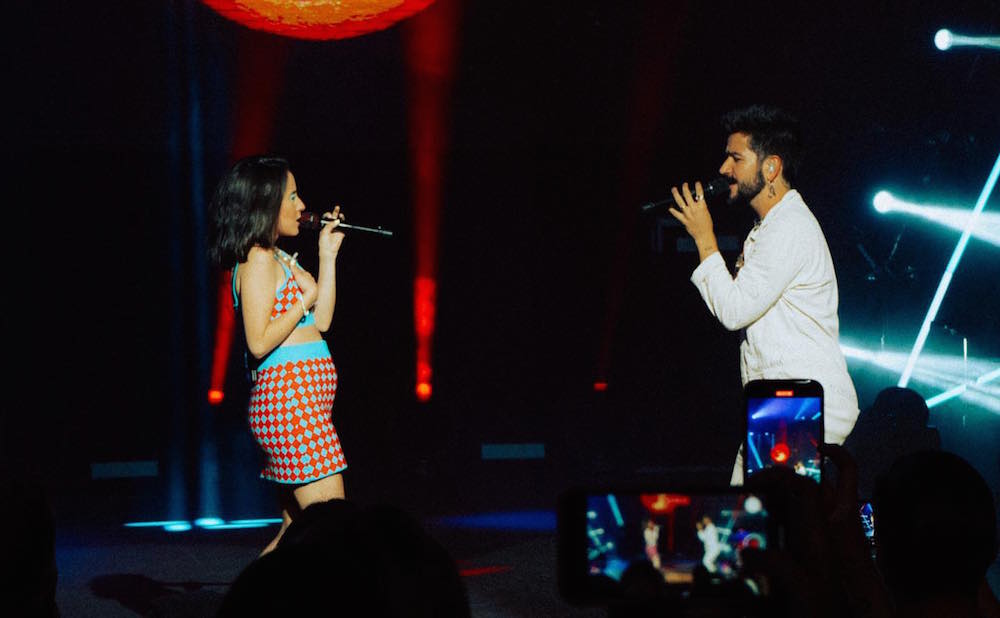 On October 13th Evaluna and Camilo announced to the world that they were expecting their first child with an emotional video called “Indigo” that immediately went viral. Fans from all over the world celebrated along with them reposting their video and making their own with the beautiful song.

The Venezuelan singer Ricardo Montaner, Mau & Ricky, and the rest of the family also shared their own videos and congratulations for the popular couple. A video uploaded by the patriarch included one of the scenes in “Indigo” where Evaluna and Camilo announced their pregnancy to Mau & Ricky right before going on stage for their Altos de Chavón concert!

The couple revealed in an interview that their first child will be called Indigo with a due date in spring of 2022, at which time a dream will culminate that will arrive in an unplanned way but, without a doubt, “more than welcome.” “Whether it’s a boy or a girl, it’s going to be called Indigo, it’s a word that represents a lot to us. It is not just the name of a color, which we love, but a presence of light that has been in humanity for millennia”, announced Camilo. The future parents will not know the sex of the baby until it is born.

Congratulations and many blessings to the growing Montaner family!