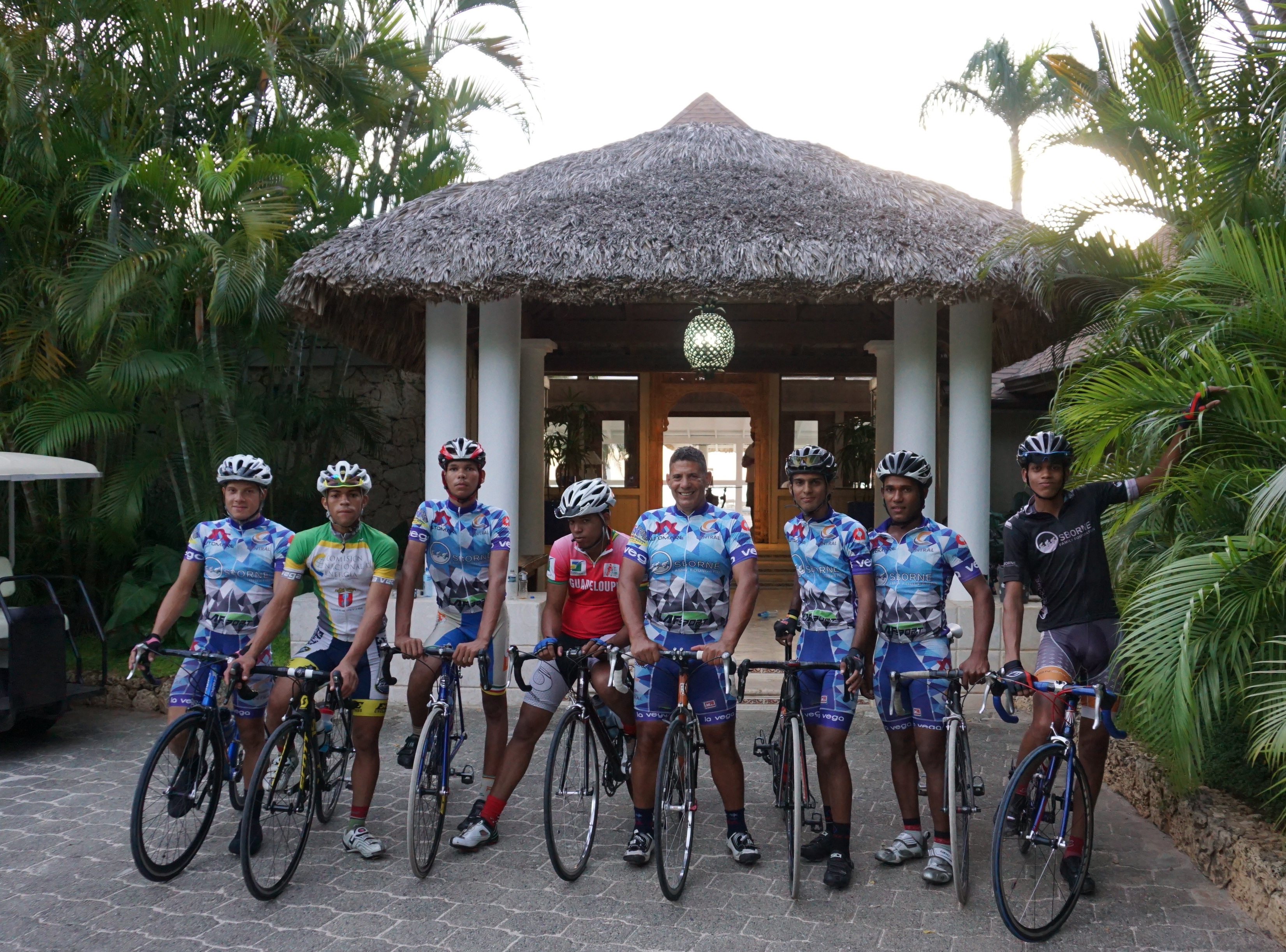 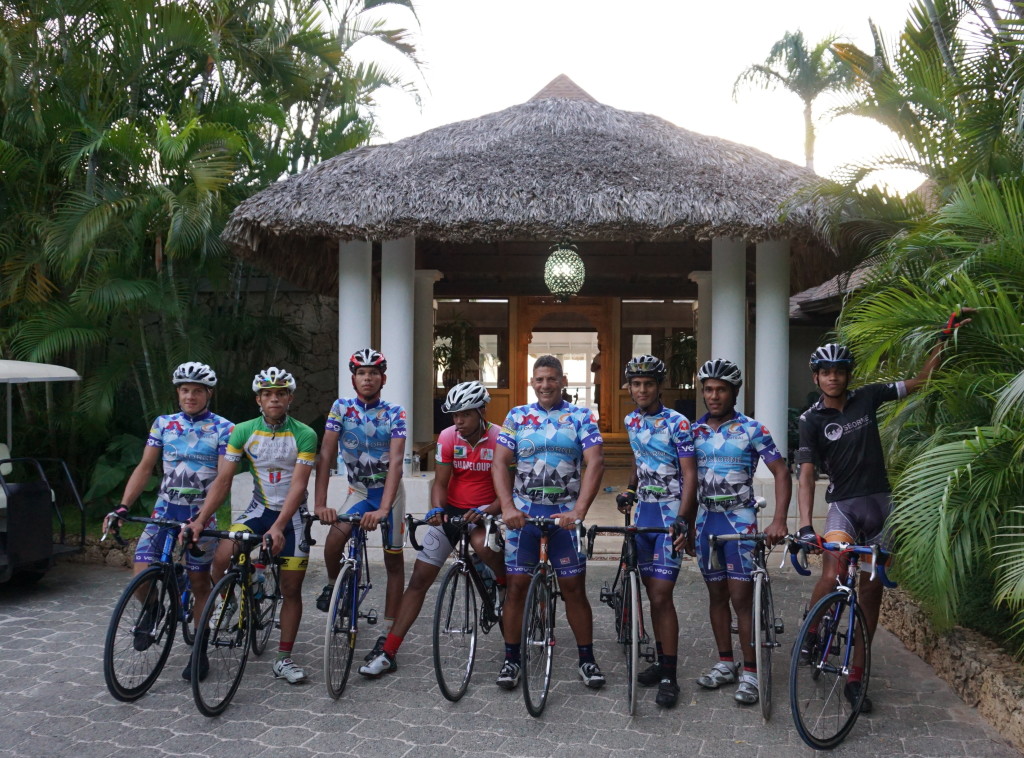 The La Vega Elite Cycling Team is a group of driven young men from the town of La Vega in the hill country of the Dominican Republic. The boys of the Elite Cycling Team are sponsored by supporters including their coach Papo Luca who runs a bike repair shop in town. Like many Dominicans Papo is deeply religious and serious about helping these boys succeed in cycling. The La Vega team has a history of over 32 years, often fielding the winning team at the Dominican Republic’s biggest cycling event, the 9 day “Vuelta Independencia Nacional”. There are competitions for the overall winner, for best climber, etc. But the team prize is for the team whose results combined as a group are better than the others.

Cycling for most of us is about health, communing with nature, exploring your surroundings. But to these young men, it is their path to adulthood. It takes teamwork, planning, training constant attention to their physical condition. A training camp is a place where the foundation of a successful season is built. Where group cohesion, training fundamentals, and racing strategy are worked on. 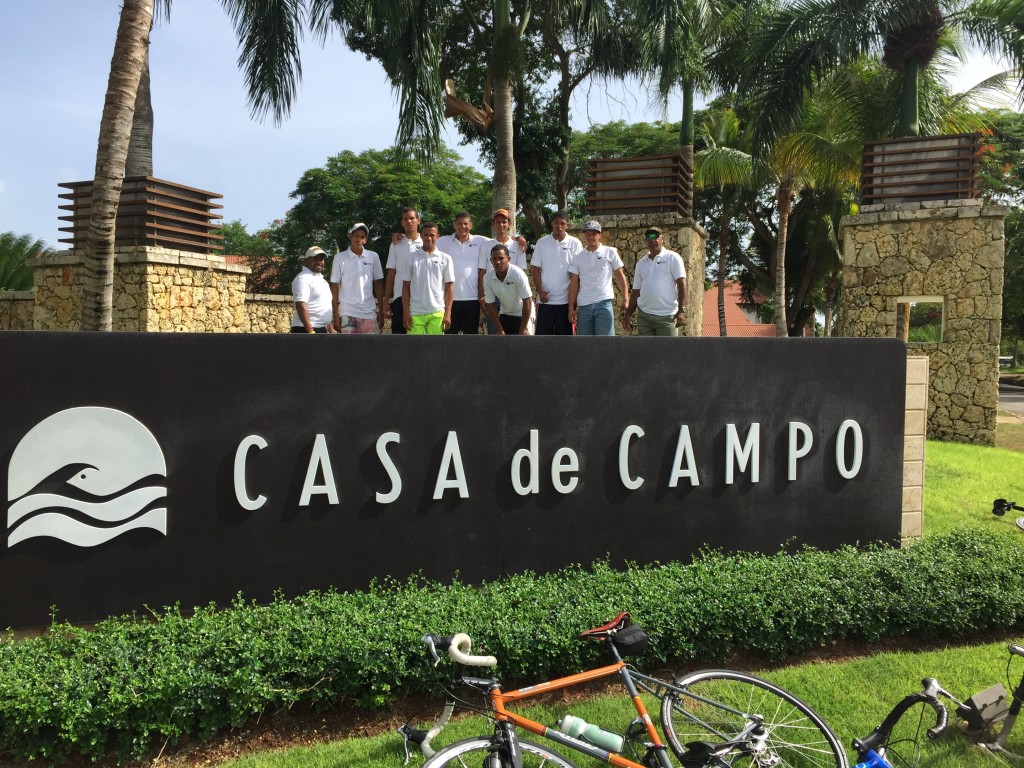 It was a dream invitation for seven La Vega team cyclists to come to Casa de Campo for a four-day training camp last week. Staying at the oceanfront compound Casa Alegre in Punta Aguila, the young men newly enjoyed many activities: swimming in the sea, fishing off the seawall, playing billiards, ping pong, tennis, driving a golf cart and most importantly the team-building experience of a training camp. 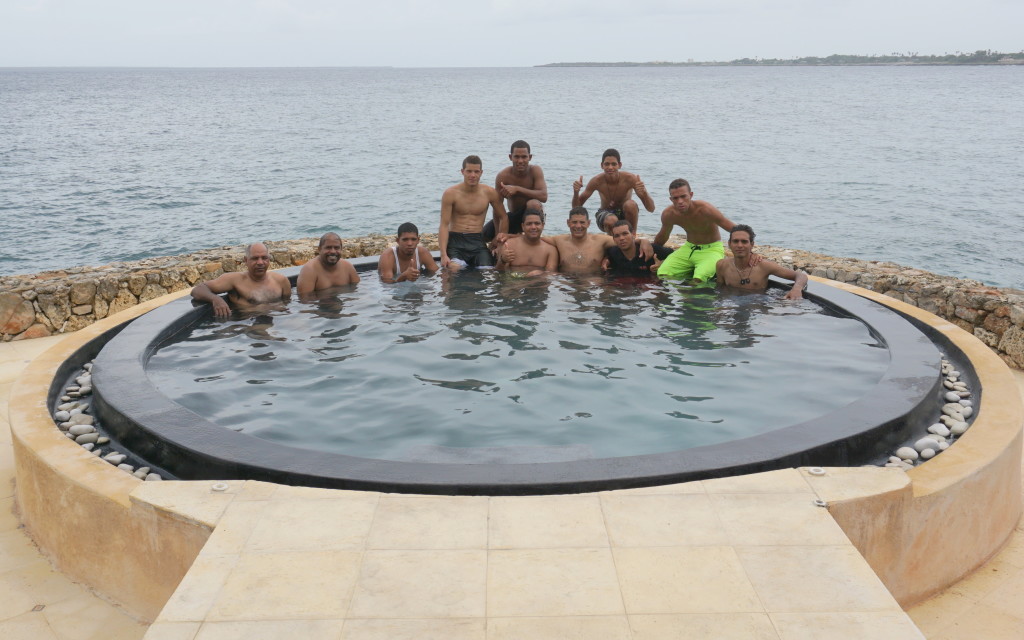 The team’s main sponsor Alex Osborne (Osborne Family Foundation) and Umberto Pitzalis, former professional cyclist, certified physical therapist/personal trainer and owner of One Way Bike (Marina & La Romana) led the team on a night ride to Higuey and back. Did we say ride? I guess if you call barreling down the Coral Highway at speeds approaching 40 miles an hour in the dark – a “ride”. 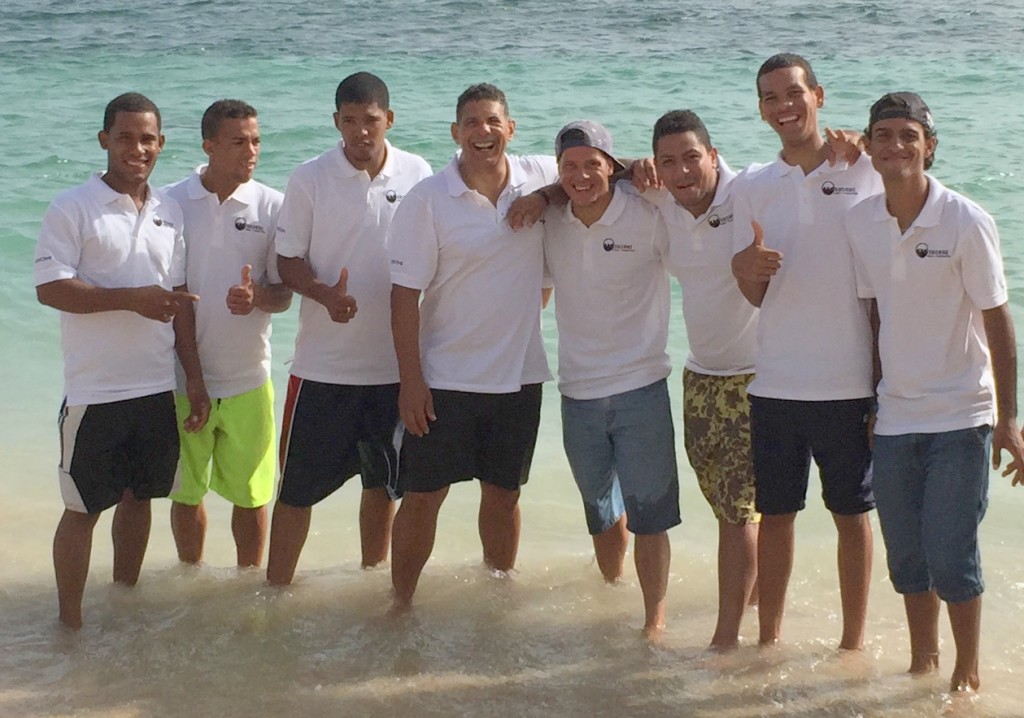 If day one was a speed fest, Umberto set the tone for a more professional pace on the afternoon ride to Miches. They started from Costa Nursery Higueral accompanied by Casa de Campo resident Gabriel Pinto to Miches where the boys were dazzled by the verdant and lush approach. Umberto presented each cyclist with a new pair of gel riding gloves and a One Way Bike logo t-shirt. 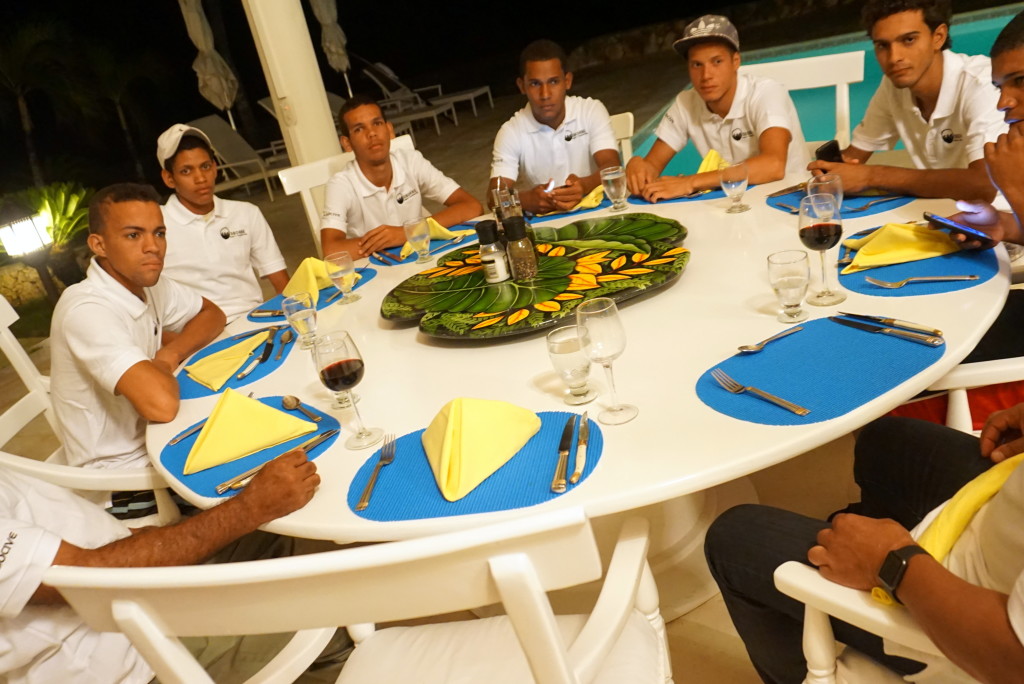 A fun sightseeing ride around Casa de Campo. The team was invited to check out the well-equipped Casa de Campo gym and the beautiful Hotel pool area; they were treated to the best gelato ever at “The Spot” by Cinco in the Marina and then cycled up to Altos de Chavon where they marveled at the amphitheater and the Chavon River views. For dinner they were graciously hosted by Chef Felipe Macias Cyclist/Author/Co-owner of La Morela Restaurant in the Marina. Felipe, an inspiring speaker, gave a motivational talk to the guys about values, goals, performance, and training. He is also writing a book about food and cycling!

The Dominican Republic’s 2015 National Road and time trial Champions flew in from Trinidad the night before to join the camp. The team did a morning ride to Bayahibe accompanied by Alex, Felipe and Gabriel. After a big lunch at Casa Alegre, there was a raffle of donated cycling uniforms bikes, and parts (from donors in Berkeley California) to conclude the camp. 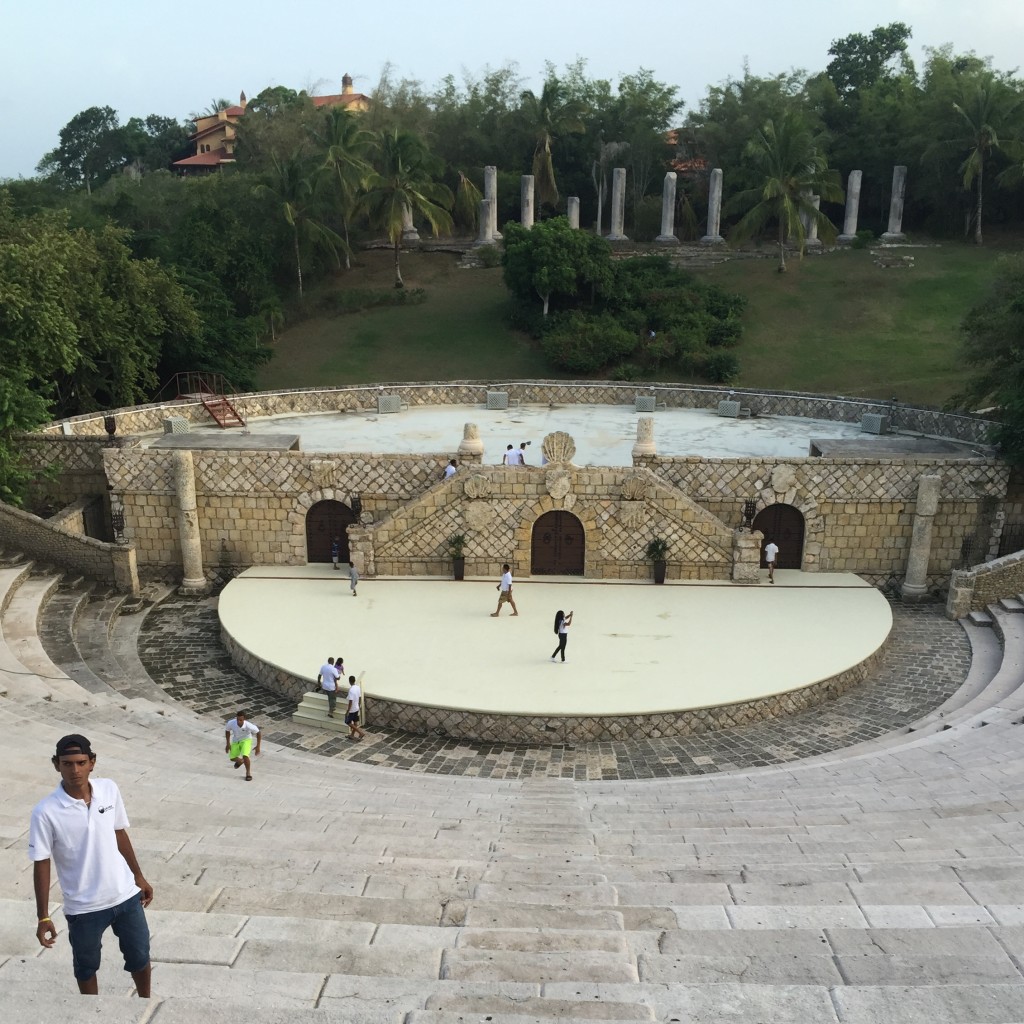 The team and organizers are grateful for the amazing participation and unanticipated contributions from Casa de Campo institutions, at this first annual event. The team is working hard to secure additional sponsors as it continues to strengthen next year. They will again compete in the Vuelta Independencia Nacional in February 2016. For more information and ways to support this great team, email [email protected] 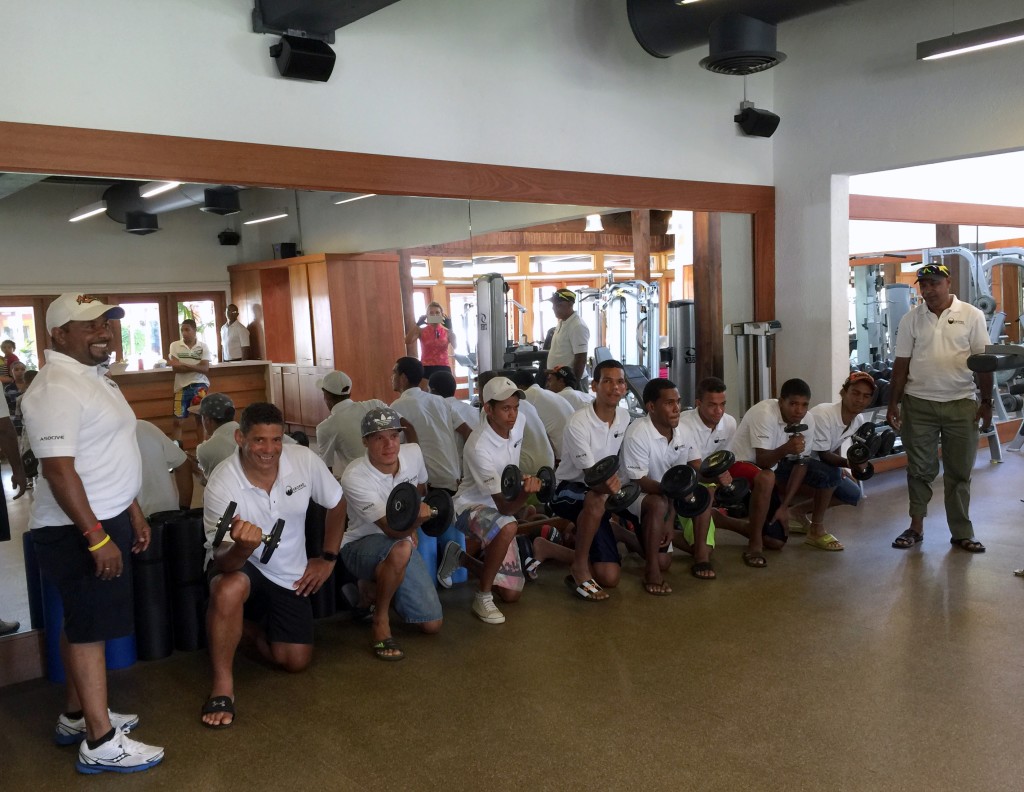