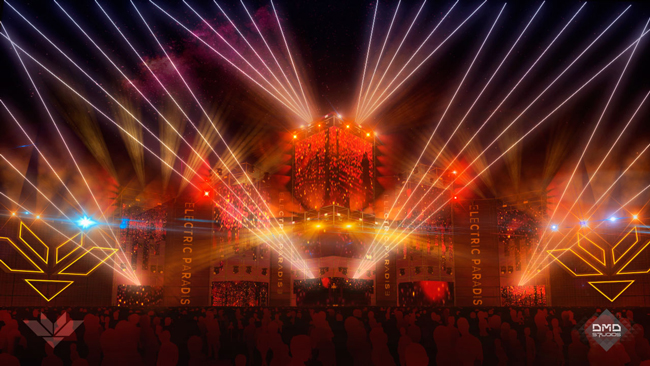 For those who love a great show and an even greater party, don’t miss Electric Paradise coming to the Hard Rock Hotel & Casino in Punta Cana on December 26th.

On December 26, the Hard Rock Hotel & Casino Punta Cana will become a dreamed paradise dominated by music, stunning performances, and EFX. Electric Paradise by Ron Barceló will be more than a music festival. Expect a fantasy show full of electrifying music, astounding performances from acrobats and aerialists, as well as special effects that will blow your mind.

The character “Lucy” will invite the thousands in the audience to join her in these multi-sensory experiences and to dream awake in her magical worlds…. “Lucy” is the Electric Paradise character and the conceptual lead of the performance, as said by Pablo Pou (event producer), “besides the impressive line up consisting of the best global exponents of the electronic genre; Electric Paradise brings an conceptual and immersive show based on seven moments called ‘Lucid dreams of Lucy.’ The performances will transport the audience to different scenarios in a single mystic and fully immersive experience.”

In one of her dreams, Lucy will go underwater while human jellyfishes mix with the crowd. The act will happen while an avalanche of bubbles engulfs the audience as if they were dancing at the bottom of the ocean. Another dream puts Lucy in space while the audience gets transported to a galactic universe wrapped in stardust nebulae. All of this while a juggler flies on a cloud of balloons. Each of these experiences will be accompanied by visuals, as the audience becomes part of the performance.

Other dreams of Lucy will be: “Time,” “Fog and Laser,” “Balloons and flashes” and “Fluid” and will feature fireworks, dancers, and state-of-the-art technology.