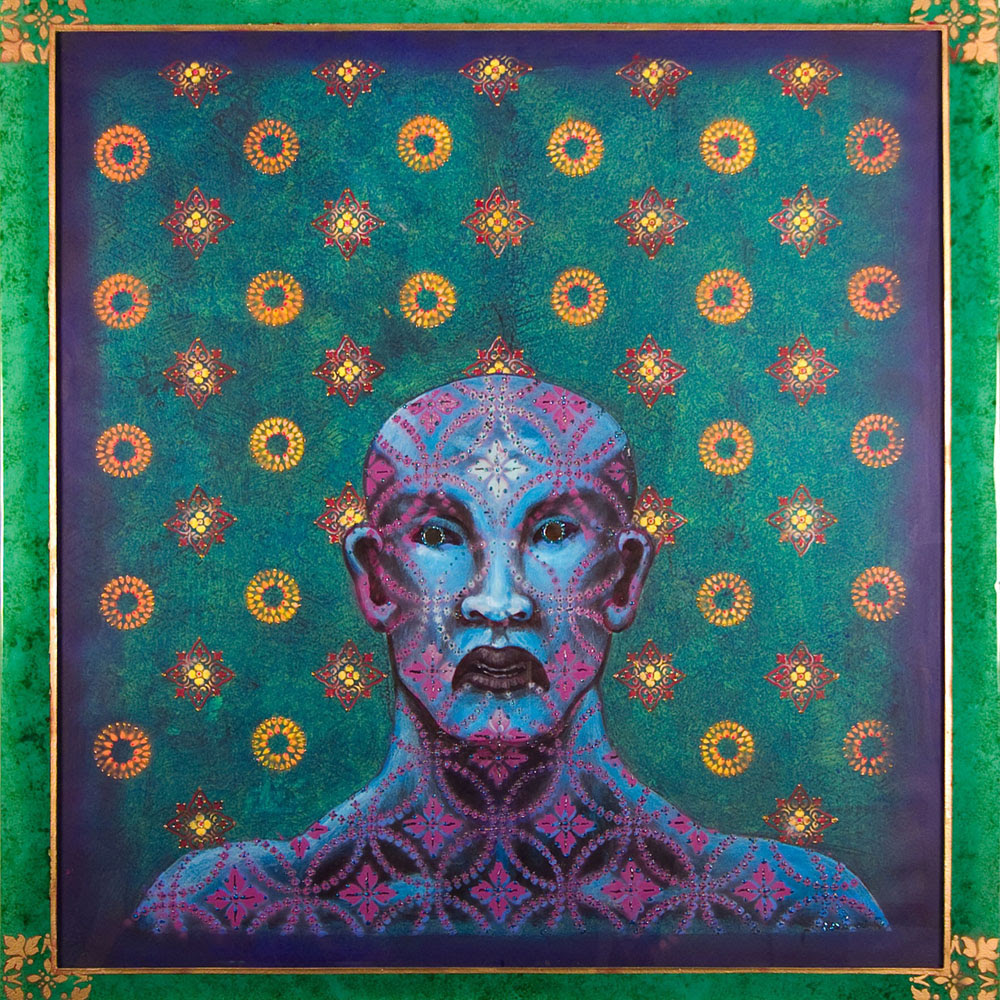 On Thursday, April 14th many Casa de Campo residents made their way to Santo Domingo for the art exhibition opening of Edouard Duval-Carrié at the Lyle O. Reitzel gallery. It is the fifth time in twenty years, the nomadic artist shows his work here in the country and the turnout was phenomenal.

Guests sipped on wine complimented by sushi hors d’oeuvres as they made their way around viewing the multi-colored and intricate artwork hanging in the gallery. Edouard Duval-Carrié is a Haitian-born artist who left his homeland during the dictatorship of François Duvalier. His art protests the family’s longstanding regime and reflects the struggle of Haiti in beautifully elaborate designs. Incorporating several forms of mixed media, his work creates whimsical landscapes in an air of fantasy. Speaking with Edouard, I was overcome by the meaning of the artwork. It reminded me that any good art form has a story behind it and truth. “Hispaniola Saga” reflects the disparity between the two countries of Haiti and the Dominican Republic. Divided by the Massacre River, scenes from two very different worlds are painstakingly revealed. 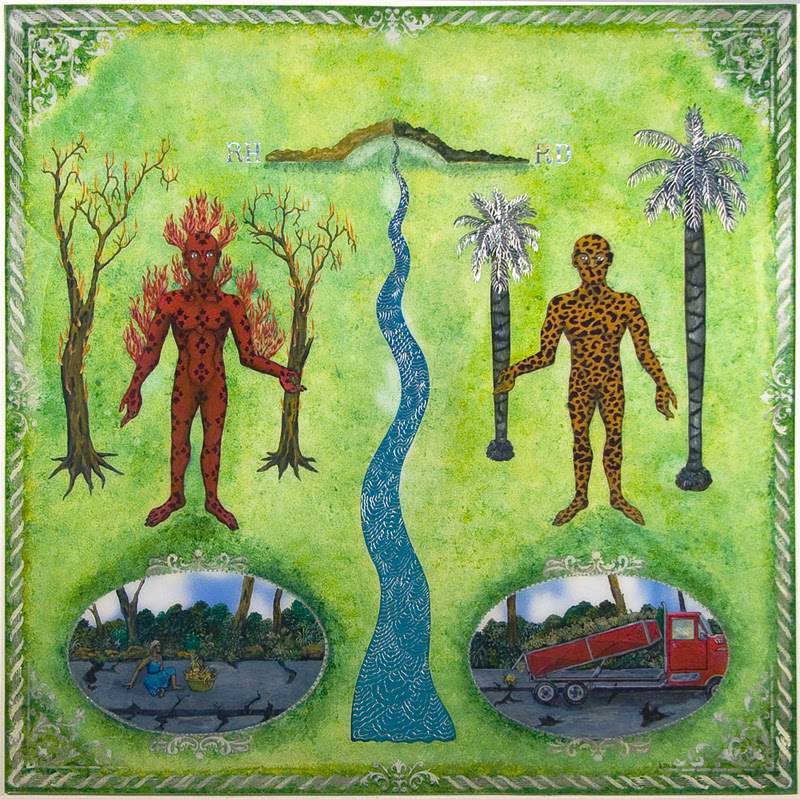 Duval-Carrié’s paintings were so much more communicative when I understood their origin. For example, he explained the painting, “Le Traversée” depicts the gods of Africa coming to Haiti in search of a new world. Each one represents a different spirit, such as the God of Death, Goddess of Love, Mother Earth, and Envy and Greed. The ancient tree has come into civilization as well containing all the signs and benefits of nature; even the boat is a goddess carrying these deities to a new world. I loved his comment about Envy and Greed, “She’s nasty, but she’s also the one who pushes people for courage.” I agree; sometimes the best push we can give ourselves comes from a necessary element of selfishness. These figures were painted with a degree of softness, but their strength of character stands out. 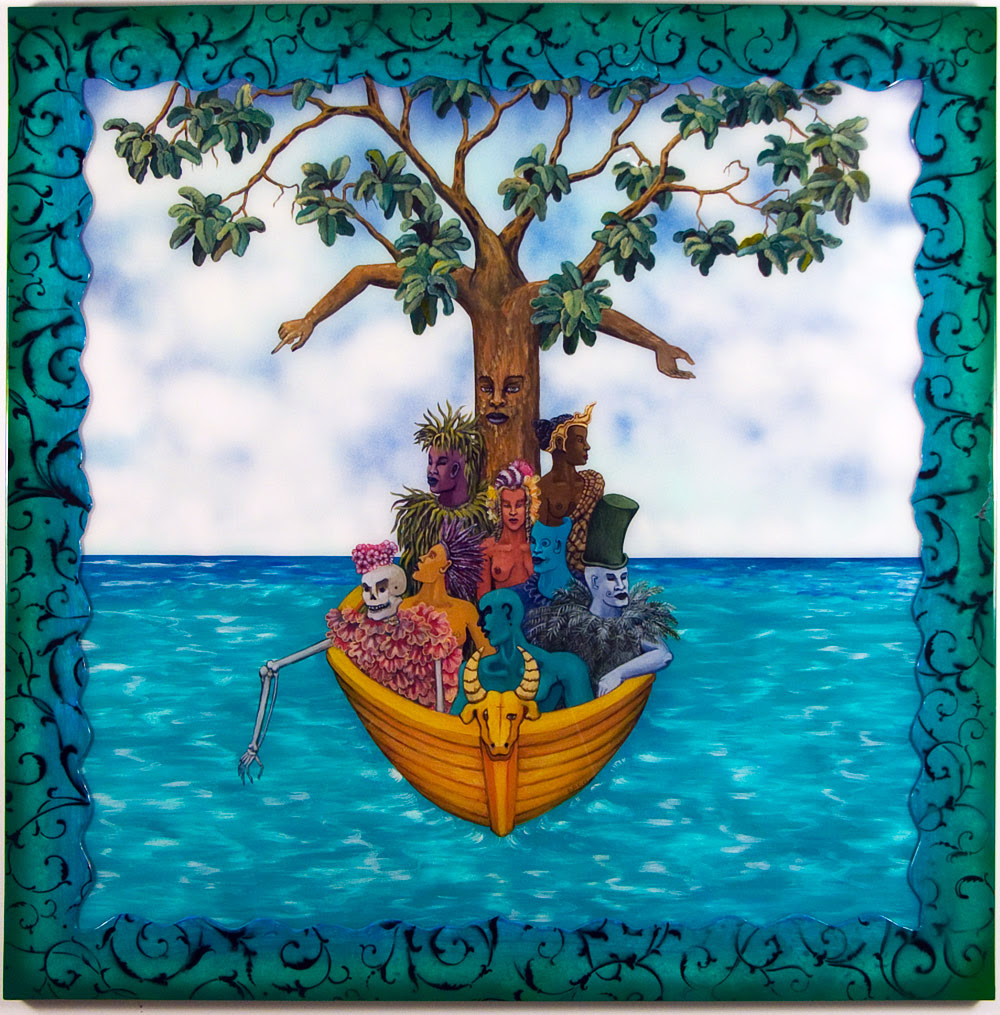 The artist describes himself as a person without roots. Because he has spent much of his life traveling around the world, in addition to his years of schooling in France and Canada, and is now primarily based in Miami, he feels unattached to one particular country.  “Purple Lace Tree” represents the tree of his life with roots above the ground, and is a self-portrait if you will. 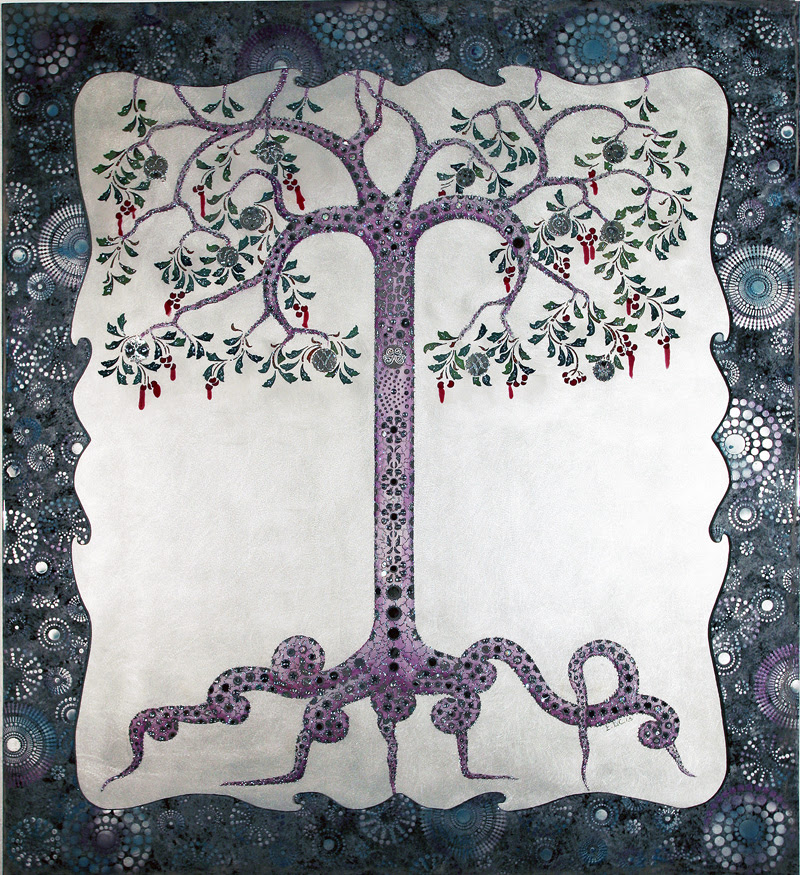 Through his exhibition, Edouard teams with the Lyle O. Reitzel gallery in their first “Arte Comprometido” (Committed Art) to benefit the Patronato Benéfico Oriental (PBO) and bring support through art to children in vulnerable communities. With 40 copies of four printed lithographs, all proceeds go to the foundation. I encourage you to check out the collection on display through May 30th. Plus, stay tuned for our one-on-one interview with the esteemed artist! 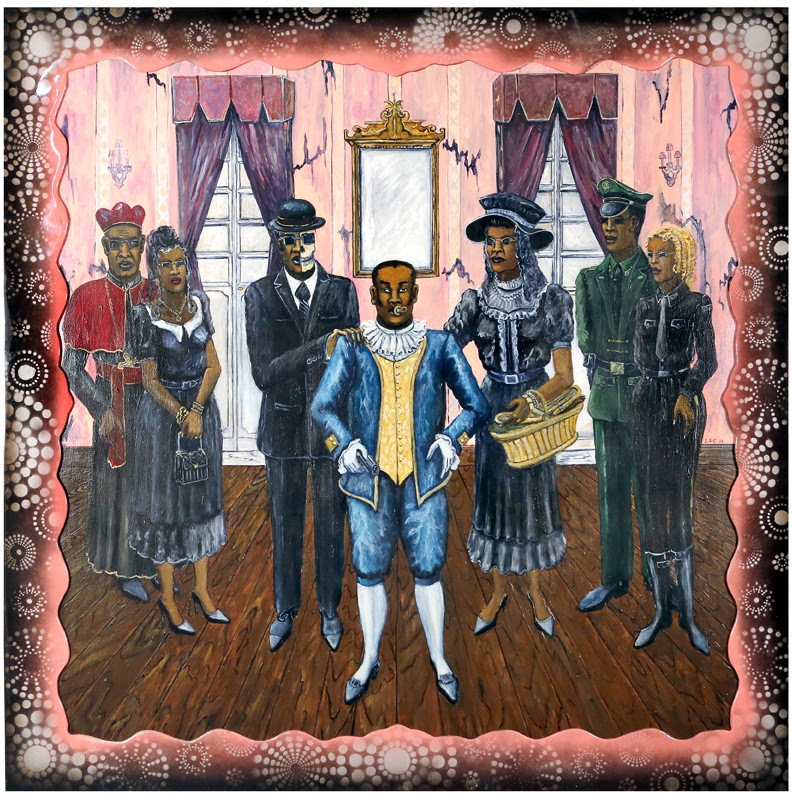 On display: Until May 30th