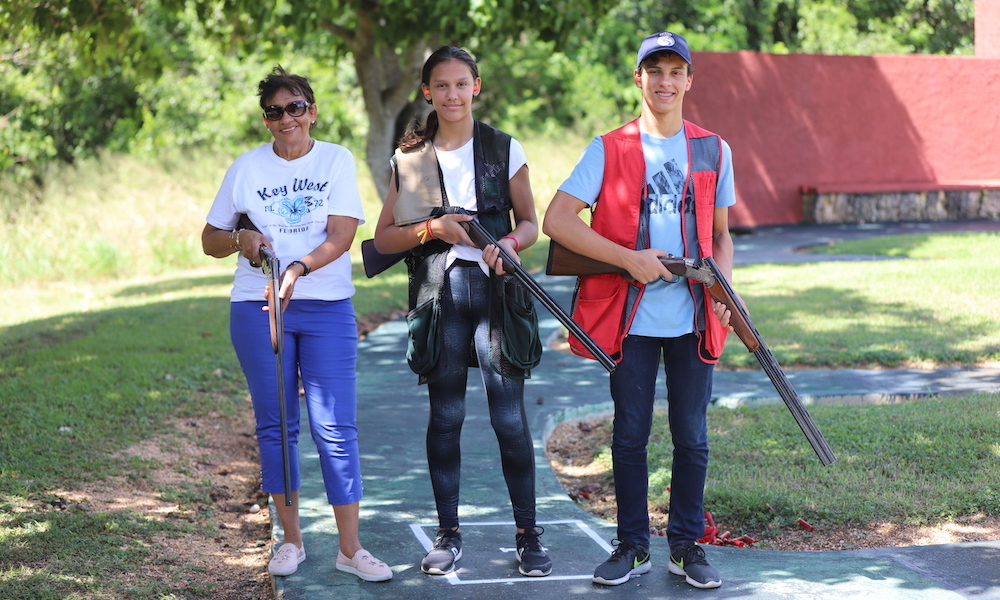 Villa owners certainly know that Casa de Campo is a sporting haven! Continuing with the sporting activities of the 2019 Dueños Weekend, the Dueños participated in the Tennis and Shooting Tournaments that took place on Saturday, October 26th at the Shooting Center and La Terraza Tennis Center located in the heart of Casa de Campo.

The Shooting Center saw novice and experienced shooters alike, but they also had the best instructors out there to help with anything they might need. Everyone there was delighted by how thrilling shooting is and probably left wanting to return as soon as possible to take another shot! Casa de Campo villa owners participating in the tournament were given 25 shots of skeet to test their skills and aim. It is definitely a fun way to pass an afternoon or morning! This year, it was Magdalena Garcia who hit the most shots in the Female’s category. In the men’s category, the best performance was made by Eduardo Jana, while in the Junior’s category the winner was Georgie Garcia.

See below the detailed list of winners and pictures taken during the day:

That same day, there was also another group shooting tennis balls at La Terraza Tennis Center. Always a family favorite, the Dueños Tennis Tournament 2016 edition was played in doubles. The couple formed by Maria Mastrolilli and Laura Mouzo were the winners in the women’s category, while Arturo Sanz and Said Cabrera were undefeated champions of the men’s category.

See below the detailed list of winners and pictures taken during the day:

The winners of the shooting and tennis tournaments, and all other events held throughout the day of Dueños 2019, were awarded trophies at the Dinner Party celebrated at La Romana Country Club later that evening.

Keep practicing your aim as we’ll be looking forward to next year’s tournament!