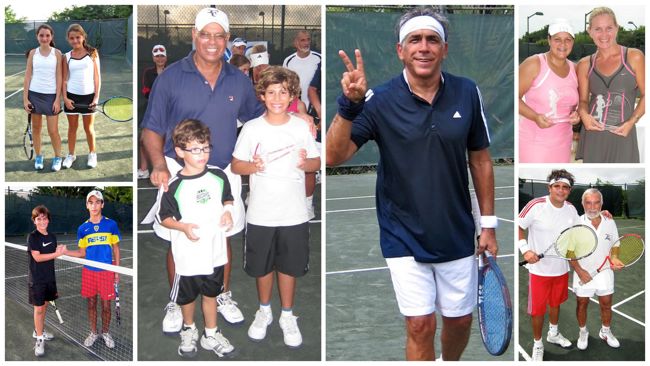 The Dueños 2011 tennis tournaments were played all day at the La Terraza tennis club in Casa de Campo, with the adults playing in the morning and the juniors in the afternoon. The tournament was played as a round robin, so that every player, played every other player in his/her group and the winners were determined at the end. The competition was divided into 4 categories: under 16′s, category A and category B and adults doubles, category A and category B.