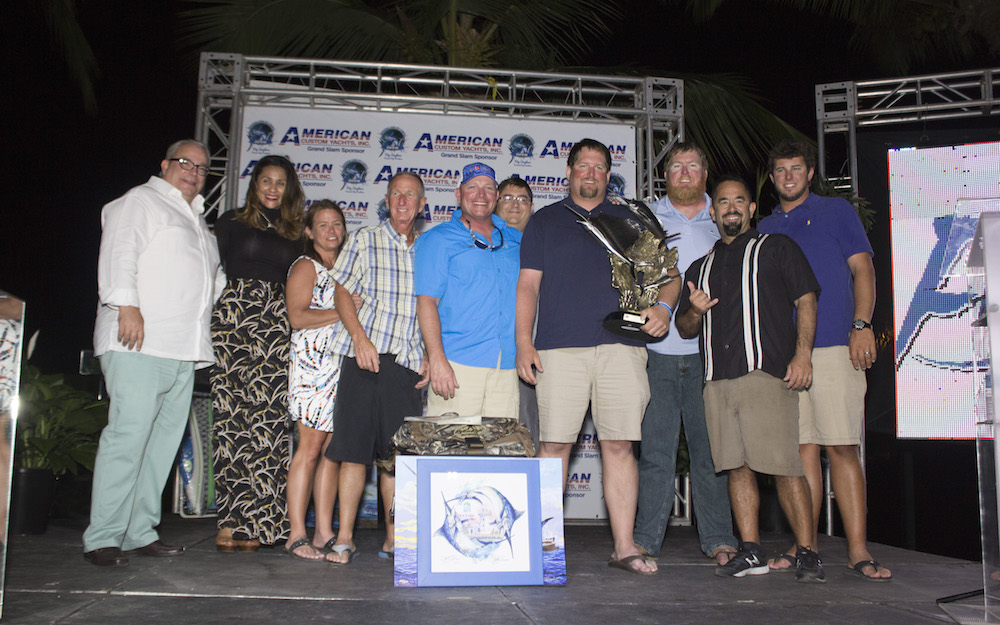 By all accounts, the first annual Marina Casa de Campo Open was a resounding success. Emerging victorious was a familiar name in sportfishing circles: Pete Manuel and his team on Delta Dawn. Captained by Thomas Bennett, Manuel’s 57-foot Island Boat Works has made the trip down to the Dominican Republic from their home port in North Carolina for the past few seasons, taking full advantage of the excellent blue marlin fishing the area offers. They were able to release six blue marlin in the two days of tournament fishing during the Open to emerge victorious.

In second place was Miss Magnolia, a 62-foot Viking home-ported in Hilton Head, South Carolina. They released five blue marlin. The Fa-La-Me team slid into third place overall with five blue marlin releases. Due to some mechanical issues with their boat, they joined forces with the Blue Bird team and fished their boat in the tournament.

Conditions were picture-perfect, with gorgeous weather, a light 10- to 15-knot breeze to keep things cool, and consistent, steady fishing for the seven boats in the tournament fleet. The Marina Casa de Campo Open featured a welcome party, dockside barbecue cookout after the first day of fishing, and awards celebration for the final evening, with all participants, invited to join in the fun. “We worked hard to make sure everyone had a good time and to build the camaraderie of the tournament,” says event coordinator Robert “Fly” Navarro. “Everyone we talked to said they really had fun, so that was very important for us. Tournament fishing is competitive but at the end of the day we’re all friends who share an incredible passion.”

The event’s presenting sponsor was American Custom Yachts, represented on site by Dominic LaCombe Jr. Esso was the silver sponsor, along with Casa de Campo Resort. The dates for the 2018 Marina Casa de Campo Open will be March 8th-10th, 2018. For more information, visit www.flyzonefishing.com.

The following pictures are provided by Robert “Fly” Navarro of Fly Zone Fishing, and were taken during the 1st Marina Casa de Campo Open that took place from April 3-10th:

and by Laura Perdomo during the awards ceremony on April 10th, 2017:

Your home for all things sport-fishing. Tournaments. Travel. Social. Learn from the pros. Share ideas and knowledge with others. Connect on a global level. Get In the Zone.

Created by Capt. Robert “Fly” Navarro, Fly Zone Fishing is designed as a central location where passionate sport-fishing enthusiasts can interact with one another to build upon their knowledge and enjoyment of the sport. Whether you’re a seasoned captain with decades of experience or someone looking for their first billfish release, we can help you not only become better but also have more fun along the way.