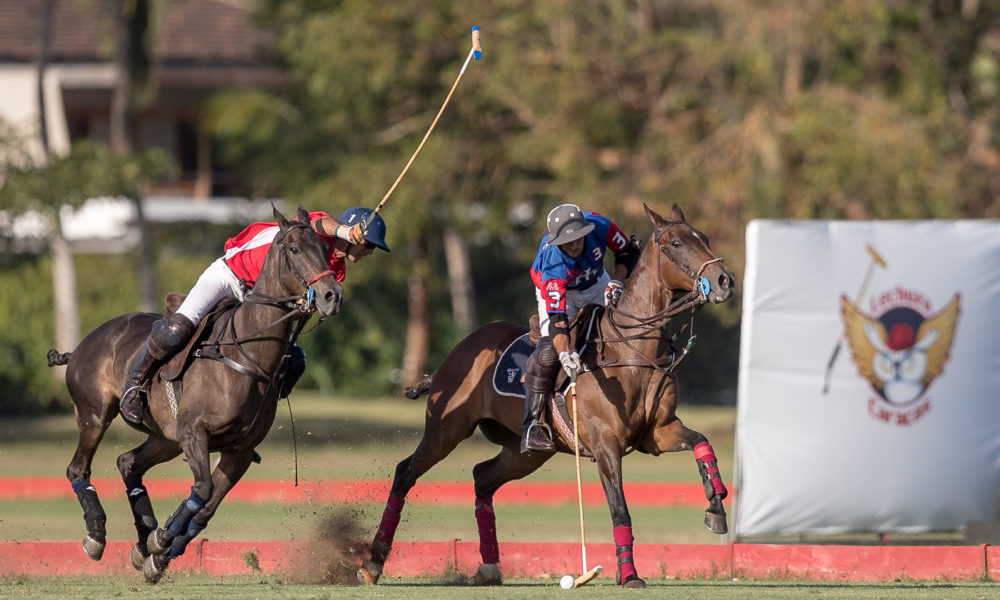 Wednesday, March 8, marked the 2017 debut of HB Polo Team in the Dominican Republic, as Ludovic Pailloncy’s foursome joined the Polo Challenge RD for the Gold Cup. Nacho Novillo Astrada, Lalo James and Gonzalo von Wernich complete the quartet that has begun the tournament beating Casa de Campo. The game was tied 2-all after the first chukka. It was quite an even match, and both teams were just a goal away from each other on most chukkas. In the fifth period, HB finally took the lead and widened the goal difference to two in the last, to win 11 goals to 9.