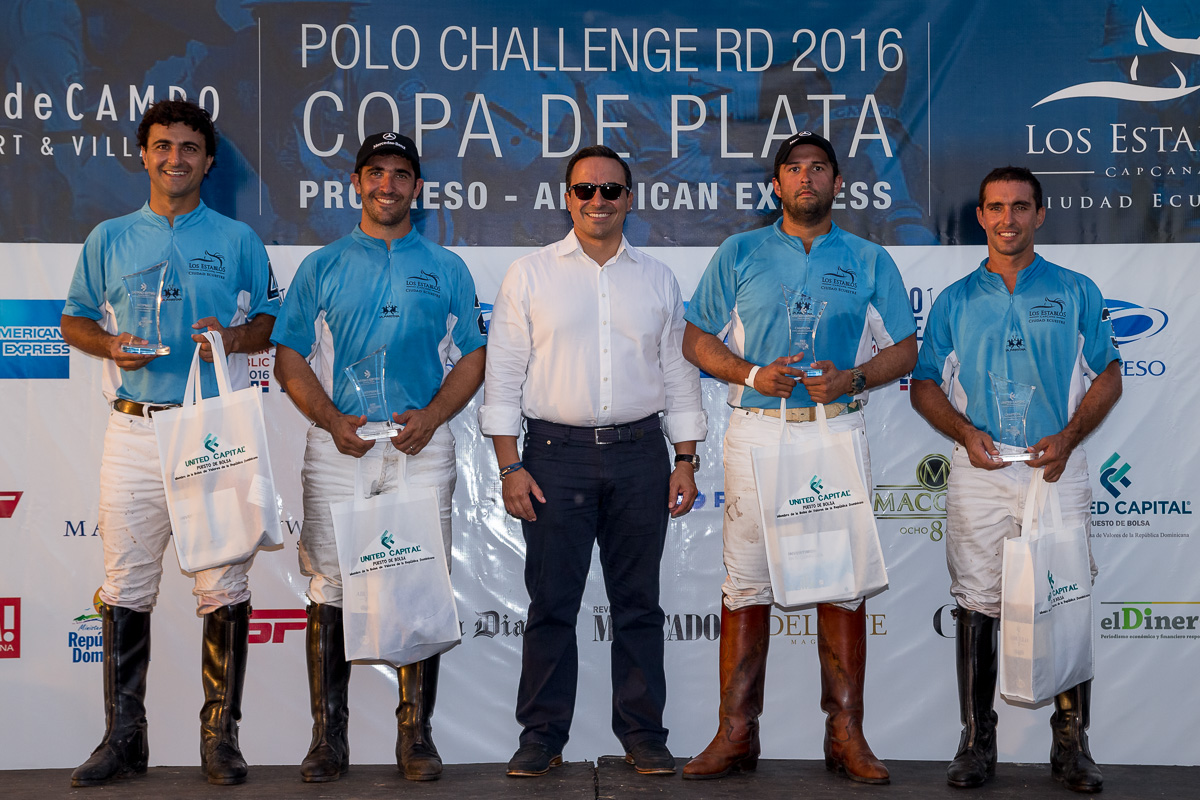 A triumphant return to form for the superb Cubi Toccalino who scored 10 goals in his team’s first win of the whole Polo Challenge series. Now that his horse list is complete, Cubi Toccalino was able to shine through, aided as ever by the brilliant Ale Muzzio and also resurgant Marambio, and dominate the Casa de Campo team.

Casa de Campo for their part were weakened temporarily by a change in the line up with Marcos Araya replacing Pancho Bensadon, and although Marcos is an incredible player, no-one gets to skip through the inevitable ‘first game’ blues and dazzle upon landing here in the DR. Cubi stole 10 goals off Cdc while the next highest scoring player Tomas Pieres put away 3. Bonetti switched out with RR Garcia after the first half for medical reasons but the damage was done in the 4th when Cubi scored 3 and Muzzio assisted with one of his own.

Meanwhile, at Lechuza Caracas RD, the new Dominican branch of the Venezuelan team, the game between Alfredo Vargas’ Agualinda and Luis Arturo Carbuccia’s La Carbuccia took place. Even though La Carbuccia was motivated and restructured as one could witness in the kick-off of the Silver Cup where they had a great triumph, Agualinda, lead by David Stirling Jr. was a bit of an overwhelming challenge, and after an exchange of goals that was quite even, the Venezuelans reigned by 11-9.