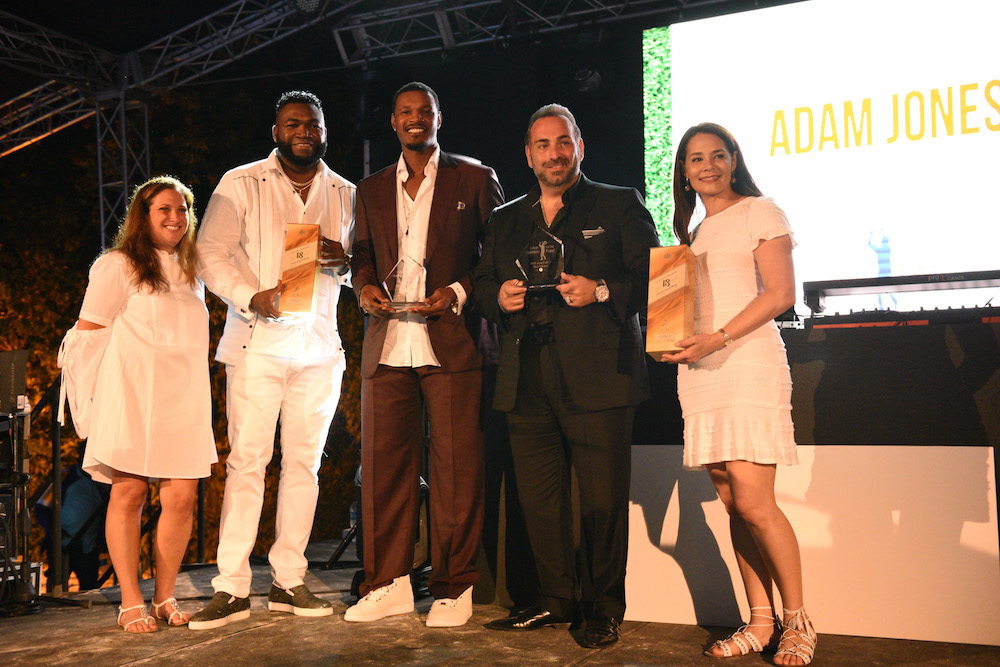 This past weekend, the 10th annual David Ortiz Celebrity Golf Classic came to a close in Big Papi’s native Dominican Republic. Hosted at Casa de Campo in La Romana, more than 400 people attended the four-day event which had the organization of the David Ortiz Children’s Fund and Legacy Aviation Group and raised a record-breaking $1.2M for the fund whose mission is to provide lifesaving surgeries and care for children with congenital heart defects both in the D.R. and in New England.

Highlights from the event included Orioles’ centerfielder Adam Jones being recognized as the Fund’s 2017 “MVP” for his continued support and generosity over the years, which puts him in the top 1% of The Fund’s all-time athlete donors. Jones donated $40K throughout the event, including being the high bidder for a Hublot watch that Papi wore throughout the staycation. Among other generous donors were Legacy Aviation Group with $20K and Casa de Campo for 10K! Additional highlights were a performance by rapper Jim Jones, Big Papi getting on the mic for rap battles and a DJ appearances by one of the best known Latino DJs, Alex Sensation.

In addition to rounds on the Teeth of the Dog, guests of the tournament attended Night Golf on the Teeth of the Dog driving range, a pool party at the Casa de Campo Hotel, a dinner and pairing party in Plaza Chavón, and an all-white party on Minitas Beach. View more pictures from the David Ortiz Celebrity Golf Classic in the photos below, taken by Chaz Niell and David Born for the David Ortiz Children’s Fund: