Get ready because Casa de Campo will once again be hosting a fabulous 2-day weekend with activities ranging from bicycle racing, zumba classes, tours around the homes and gardens of the resort, golf, tennis and polo tournaments, as well as a huge dance party in La Romana Country Club to conclude with more fun! SAVE THE DATE because all these things can be enjoyed during the Hogar del Niño Weekend, which is scheduled for Friday the 12th and Saturday the 13th of February.

This year, celebrating it’s 19th edition (a year shy of celebrating its 20th anniversary!), the Hogar del Niño Weekend is a fundraising activity held in Casa de Campo, and is also the perfect excuse to have a great time in the name of an even greater cause.

The Hogar del Niño is an educational and daycare center in La Romana — which cares for more than 1,500 children on a daily basis. But more than that, it also offers medical and dental care, special schooling to over 75 children with hearing and visual disabilities.

Also coming up soon is the annual “Adopt a Crib Dinner”, which will take place on Saturday, February 20th, at Xiomara and Ramón Menéndez Casa de Campo Villa, Bahía Minitas No.5!

The “Adopt a Crib” event at the Hogar del Niño is the foundation’s main source of income and requieres an annual donation of at least US$1,000 to symbolically “adopt a crib” in the Hogar del Niño’s Crib room (La Sala Cuna), which has over 200 cribs and babies!

A “drones-eye” view of the Hogar del Niño weekend 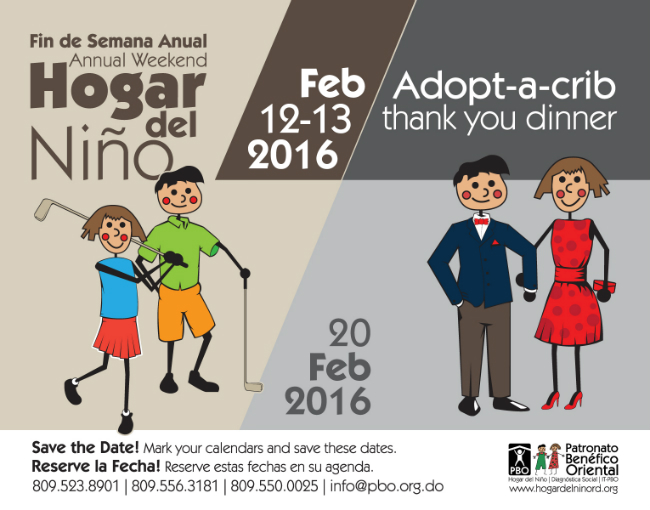 When: Friday 12th and Saturday 13th of February

What: A series of sports activities and other fun attractions in aid of the Hogar del Niño.

What: Annual dinner carried out at Xiomara and Ramón Menéndez Casa de Campo villa to raise funds for the Hogar del Niño.