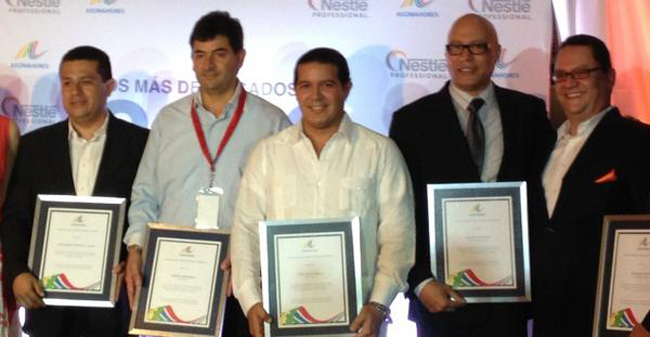 Recently, the Dominican Republic’s Hotels & Tourism Association (otherwise known as “ASONAHORES”) celebrated its 36th annual Comercial Exhibit in Punta Cana, when the efforts, hard work and excellent hospitality offered by resorts and hotels in the Dominican Republic were recognized – an occasion during which our very own Daniel Hernandez, General Manager of the Casa de Campo Hotel was distinguished as one of the very best in the country!

As a Colombian, Daniel Hernandez started his career in Bogotá, at many important hotels, before moving to Mexico, where he was director of many “Leading Hotels of the World” resorts and finally to the Dominican Republic, where he is currently proud to be the general manager of the “Leading Hotel of the World” and the “World’s Leading Golf Resort“, Casa de Campo hotel- as well as President of La Romana – Bayahibe Hotels Association (click here to read more).

In addition to recognizing Daniel Hernandez among other hotel general managers in the country, the occasion also recognized the best hotels in the country – for their outstanding hospitality standards, which included of course a recognition for Casa de Campo.

Recognitions were based on awards received from well known international tour operators and travel sites such as Expedia, Tripadvisor- who have named these hotels, some of the best in the Caribbean region.

Casa de Campo resort and hotel is not only the “World Leading Golf Resort” as named by the “World Travel Awards” for the 5th consecutive year, but is also a member of the prestigious group “The Leading Hotels of the World” and is home to the Caribbean’s #1 golf course – the Teeth of the Dog, designed by Pete Dye and opened in 1971.