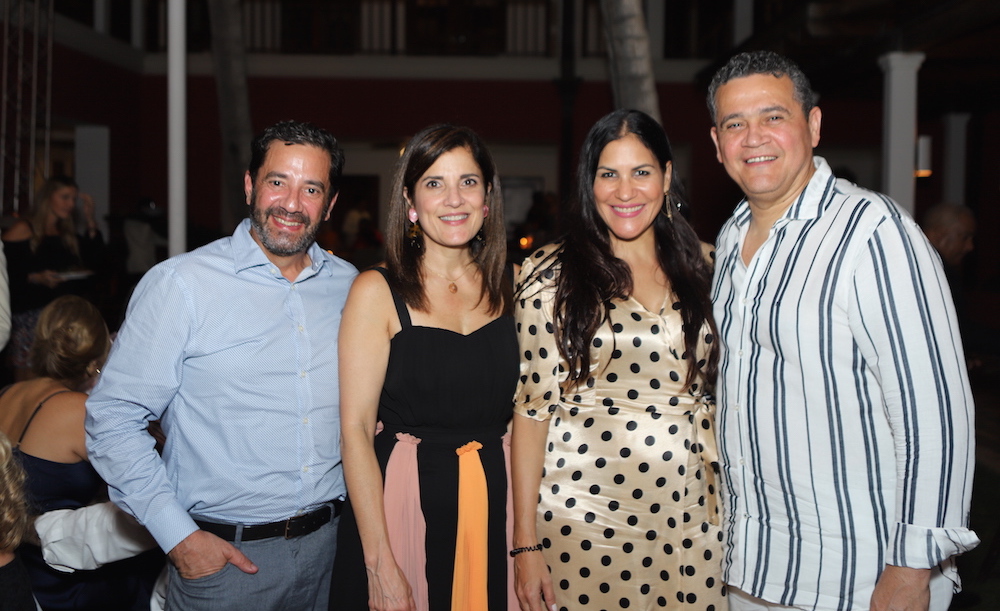 We may have been a bit tired after a long day of sports, activities and fun, but that didn’t stop Casa de Campo dueños from celebrating as we had never seen them before at the Dueños 2019 Dinner-Dance Party; with the Boba Band in charge of keeping everyone on their feet!

On Saturday, October 26th, more than 1,600 Casa de Campo villa owners got together at La Romana Country Club to celebrate the end of one of the most popular and important events of the year in Casa de Campo, the Dueños weekend. Pack with guests upstairs and downstairs, the beautifully decorated country club extended its seating out onto the terrace by the pool and lawn under covered tents where villa owners shared a marvelous night with an awards ceremony, dinner, and dancing.

Juan Velazquez, Vice President and Administrator of Costasur Dominicana and Andrés Pichardo Rosenberg President of Casa de Campo Resort & Villas, were the hosts of the evening. They welcomed everybody to the event and thanked all present for their loyal support and trust in the community and announced the opening of a new events area at the Marina this month (we will be letting you in on all the details as soon as we know more!) They also touched on the resort’s recent projects that have made the year such a success.

The final event of the weekend had Renata Soñe as mistress of ceremony, entertainment by the orchestra La Boba Band and DJ Luz held the attention of villa owners as they danced into the night after a delicious meal provided by Casa de Campo’s chefs. As always, we loved seeing many familiar faces, and on this particular night were thrilled to see a younger crowd in  out and about as well, ready to dance the night away whilst many awaited their trophies, as the golf, tennis, Casathon and shooting tournaments (below pictures of the winners). Everybody in attendance was excited to share in the resort’s excitement, developments, and be part of its diverse community.

It was indeed a night to remember, and we thank Costasur Casa de Campo for once again showering us with kindness and fun! The following pictures were taken by Jafranny Melo, during the 2019 Dueños Dinner Dance party on Saturday October 26th.

and by Casa de Campo: