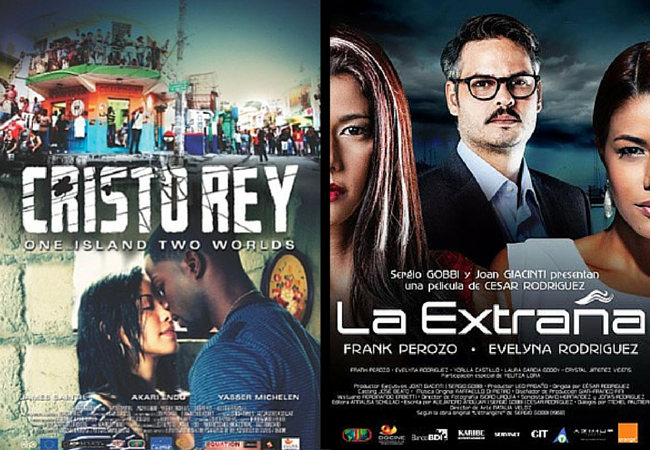 Did not get the opportunity to watch Cristo Rey and La Extraña at the movies? Well now you have the opportunity to see them both in the comfort of your Casa de Campo villa as Rubiluna is selling a DVD with both movies for just RD $500.

Rubliluna Collection is an exclusive boutique on the Calle Barlovento of the Marina Casa de Campo which as well as clothes and accessories also sells original and beautiful articles and knik-knacks for the home…. and now also this great DVD!

With the sale of the Cristo Rey-La Extraña DVD, Rubiluna seeks to support one of Casa de Campo’s most cherished charities – the Hogar del Niño – as part of the profits are being donated to this worthy cause.

You may wonder, why these two films? Well, first of all La Extraña was the first movie ever to be shot almost entirely within the Casa de Campo resort, but not only that but it also boasts the legendary Sergio Gobbi, a Casa de Campo villa owner as executive producer, who with more than 45 years experience worked alongside another Casa de Campo local, Leo Proaño, who is the movie’s producer. Meanwhile Cristo Rey, although set in Santo Domingo was also produced by Sergio Gobbi and Leo Proaño.

Keep reading to find out more about this excellent movies.

Cristo Rey is a joint project between between Leo Proaño, who grew up here in La Romana and Casa de Campo villa owner Sergio Gobbi, a film producer who has been in the business for more than 45 years, as well as the Dominican Republic’s first female director Leticia de Tonos Paniagua. The lead actors are James Saintil who plays “Janvier”, Akari Endo who plays “Jocelyn” and Yasser Michelén who plays “Rudy”.

Two half brothers – a Haitian, and the other Dominican – fight for the love of the same woman. After a run-in with the police and his mother is sent back to Haiti, Janvier, of Haitian decent is forced to start working for a gang called El Bacá – as the body guard of Jocelyn, the beautiful sister of the gang leader. A romance blossoms between Janvier and Joceyln, which causes Rudy, of Dominican descent, and the ex-boyfriend of Jocelyn to do everything in his power to stop them being together.

La Extraña is the first ever movie to be filmed almost exclusively in the Casa de Campo resort, locations used in the making of La Extraña include Altos de Chavón – the St. Stanislaus church and The Club riverside restaurant, the Casa de Campo hotel – the main lobby and front entrance, the gas station, the Dye Fore golf course and the Marina Casa de Campo – the Casa de Campo Yacht Club and the Azimut café. Setting sail outside of Casa de Campo, in a yacht sponsored by IBI Nautica with Azimut, filming also took place at Catalina island and Palmilla. Executive producers of La Extraña are Joan Giacinti and Casa de Campo villa owner Sergio Gobbi, who with more than 45 years experience worked alongside another Casa de Campo local, Leo Proano, who is the movie’s producer.

Jean Louis, 36, owns a successful publishing house in Santo Domingo. He is traumatized by his ex-wife’s accident after the divorce. Every week, he goes to visit her at the facility where she remains hospitalized. He is a loner feeling overwhelmed by work and the IT novelties that are slowly offsetting the publishing business.

In an attempt to get his mind off things, he decides to spend a long week at his family’s villa in Casa de Campo: an exclusive tourism complex located on the eastern region of the country. At the entry of the resort, he runs into a beautiful and intriguing woman named Rosa, whom he had briefly seen before at a restaurant in the capital. This girl is quite stunning with long black hair and a distinguishing white forelock.

Jean Louis recognizes Rosa, but the security staff at the complex refuses to let her in because she is not carrying ID and her name is not on any of the guest lists. Seizing the moment, he intervenes to allow her entrance as his guest.

This unlikely encounter between such different characters will set in motion a passionate yet mysterious love affair. Jean Louis’s perception of Rosa is so bizarre and her life story is so contradictory, that he will constantly question whether he is living a reality, a dream or a nightmare.

This is your chance to get these two excellent productions, prepare your own popcorn and sit back alone or with someone else, with the advantage that you can repeat your favorite scenes many times as desired.