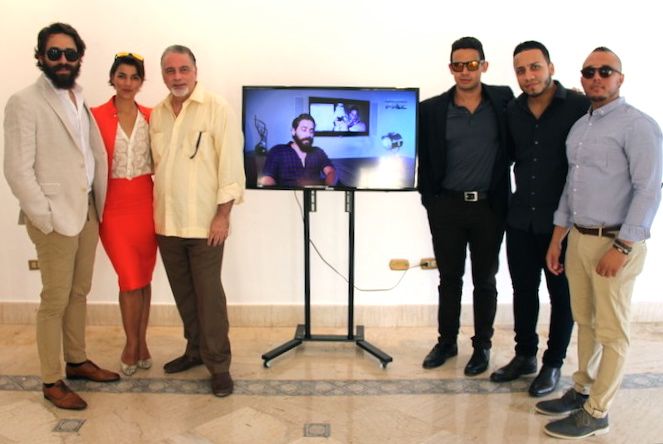 Here in Casa de Campo we have every type of community you can imagine; the tennis community, the golfers, the socialites… and more. And today congratulations are in order for the movie-making community of Casa de Campo!

Among the surprisingly large community of Casa de Campo villa owners who are part of the Dominican movie industry we have Sergio Gobbi, a film producer who has been in the business for more than 45 years, and his business partner Leo Proaño, who grew up here in La Romana, as well as David Maler, who also grew up here in Casa de Campo and La Romana.

Today, these Casa de Campo movie-making heroes are thrilled to announce that their movies have been nominated for not only the Goya Awards, but also for the Academy Awards, also known as the Oscars!

Cristo Rey has been selected to represent the Dominican Republic in the 87th edition of the Academy Awards, the Oscars, in the “Best Foreign Film” category.

Meanwhile Código Paz in which our very own David Maler plays the starring role, has been nominated to represent the Dominican Republic in the 29th edition of the Goya Awards. The Goya Awards, or the Premios Goya are Spain’s main national annual film awards, considered to be the Spanish equivalent of the American Academy Awards.

Codigo Paz, which we enjoyed recently at the cinema in the Marina Casa de Campo , also has lead actors Paula Ferry, Hector Anibal, Nashla Bogaert, José Guillermo Cortines and Isaac Saviñon, and was produced by One Alliance with director Pedro Urrutia.

Congratulations to Sergio, Leo and David!

Two half brothers – a Haitian, and the other Dominican – fight for the love of the same woman.

After a run-in with the police and his mother is sent back to Haiti, Janvier, of Haitian decent is forced to start working for a gang called El Bacá – as the body guard of Jocelyn, the beautiful sister of the gang leader. A romance blossoms between Janvier and Joceyln, which causes Rudy, of Dominican descent, and the ex-boyfriend of Jocelyn to do everything in his power to stop them being together.

Código Paz is a Dominican Movie, which narrates the story of a man named Pedro (David Maler), an impatient thief from a humble extraction, born in Villa Consuelo, lives a double life; during the day he sells properties for a Real Estate Firm and during the night, he steals alongside his neighborhood friend, Wellington.

Pedro wants to take on the world here and now, become a rich person before the age of thirty, at any cost, not considering the consequences that follow his decisions, until he steals from the wrong house.