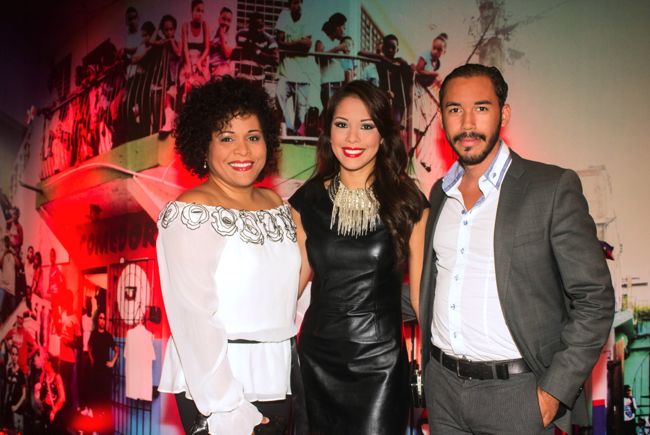 Now that Cristo Rey has officially opened in the Marina Casa de Campo cinema, we decided that now would be the perfect time to share with you our photos of the premier, as well as our humble review of this unique Dominican movie.

Cristo Rey is a joint project between between Leo Proaño, who grew up here in La Romana and Casa de Campo villa owner Sergio Gobbi, a film producer who has been in the business for more than 45 years, as well as the Dominican Republic’s first female director Leticia de Tonos Paniagua. The lead actors are James Saintil who plays “Janvier”, Akari Endo who plays “Jocelyn” and Yasser Michelén who plays “Rudy”.

Two half brothers – a Haitian, and the other Dominican – fight for the love of the same woman. After a run-in with the police and his mother is sent back to Haiti, Janvier, of Haitian decent is forced to start working for a gang called El Bacá – as the body guard of Jocelyn, the beautiful sister of the gang leader. A romance blossoms between Janvier and Joceyln, which causes Rudy, of Dominican descent, and the ex-boyfriend of Jocelyn to do everything in his power to stop them being together.

If I had to use 3 words to describe Cristo Rey, I would say; surprising, impactful and romantic.

A love story reminiscent of Romeo and Juliet, Cristo Rey addresses the harsh reality of many aspects of life in the Dominican Republic. For those of us who know this country as a tropical paradise, the movie brings into focus problems faced by many Dominicans and Haitians – such as gang conflicts, drugs, violence, corruption and racism.

It is this stark reality, coupled with the excellent and fast-paced storyline and emotive acting, that makes Cristo Rey not only an excellent movie, but also a must-see – especially for non-Dominicans – as it provides a unique insight into this beautiful country.

Cristo Rey is now showing at the Marina Casa de Campo, so go and see it today! Click here for the most up-to-date movie times.

Philip Silvestri, founder and CEO of SILGON and I (Rebecca Hughes) were lucky enough to be invited to attend the premier of Cristo Rey in Santo Domingo at the beginning of December. In a packed cinema, we were joined by Leo Proaño, executive producer, as well as a number of VIP guests from the Casa de Campo community, as well as the entire crew, including the lead actors and actresses; James Saintil, Akari Endo and Yasser Michelén.

The following collection of photos were taken at the premier of Cristo Rey in Santo Domingo: