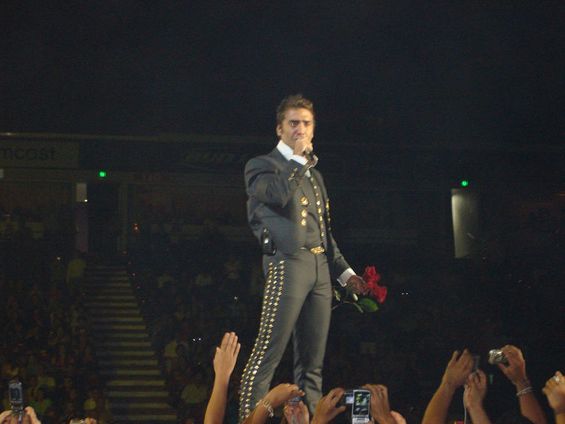 UPDATE: Monday 6th June, 10am – We have literally just heard that this concert has been ‘postponed’ until the end of August, as soon as we know more we will let you know!

Although we first revealed this rumor last week, when we discovered that tickets were already for sale with ‘TicketExpress’ – we have now received official confirmation from Altos de Chavón and Casa de Campo and so can now say with 100% certainty that the concert is scheduled and planned to take place on Saturday the 25th of June at 8.30pm in the Altos de Chavón amphitheater.

We are however a little hesitant to say that the concert will be taking place – because as this time of the year you never know what will happen with the weather…… June is officially ‘hurricane season’ and it is a real possibility (as depressing as that is) that it may rain! In fact, recent times 2 other concerts scheduled to take place in Altos de Chavón, also being presented SD concerts were sadly postponed, the first was Kenny G, postponed in November 2009 due to bad weather and the following year also in November Yanni was also postponed due to rain – let’s hope SD Concerts has more luck in June!

Of course with the excessive amount of rain we are currently experiencing…..we can hope that by the end of June the rain will have ran out!

As yet we have not received any official press release or information from the concert’s producer Saymon Diaz of SD Concerts, however the following information was available on TicketExpress.com, which is currently selling tickets:

One of the greatest idols of Hispanic music, famous for both ranchera and pop music, will be thrilling his Dominican fans with a concert in their home country to be held on Saturday 25 June.

The “Potrillo de México” (foal of Mexico – sorry that one does not translate well!) will bring his romantic songs to the Dominican Republic as part of his international tour “Dos mundos revolución tour 2011” (Two Worlds Revolution Tour 2011) under the local production of SD Concerts – the same producer responsible for his previous visit to the DR, held in 2008.

As in previous concerts, Alejandro Fernandez will not disappoint his fans, and is expected to put on a long two hour show, when his voice, dance and connection with the audience will create a fantastic show of unrivaled quality.