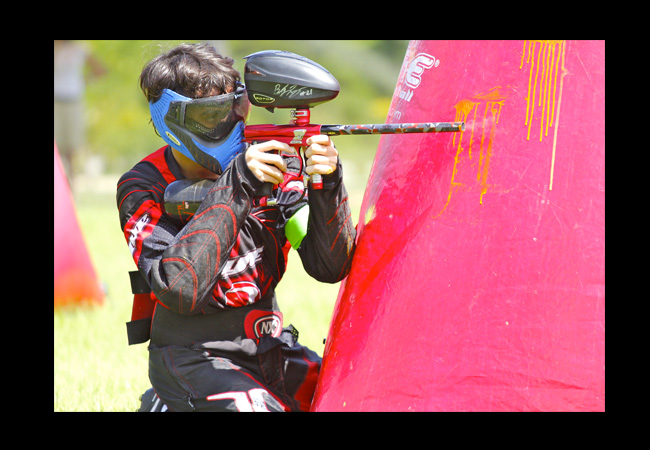 Get ready for some action! This summer, hotel guests as well as Casa de Campo residents, visitors and villa owners are invited to enjoy an extreme Paintball Exhibit over the weekend of the 17th to the 19th of August – an activity which will undoubtedly motivate adventurous spirits to try out this fun activity!

Summertime has arrived and with it the well deserved summer vacations for the many children and young adults of the Casa de Campo community; making now the perfect time to experience some exciting activities – like the Paintball Exhibit, tentatively planned to take place on the Casa de Campo polo fields from Friday 17th to Sunday 19th of August.

Although members of the public will not (as far as we know) be able to take part in the Paintball Exhibit, everyone is invited to watch as experienced “paintballers” from Santo Domingo and across the country battle it out on the Casa de Campo paintball fields.

HOWEVER – if the Paintball Exhibit is a success then the idea is to open a permanent Paintball field in Casa de Campo!

“Mr. Carlos Sanchez contacted us with the idea of providing an activity for the youngsters, keeping them busy in their leisure time at Casa de Campo. He thought of this sport as a safe entertainment in which they could participate. The plan is to offer an exhibit during the August long weekend – and if after the paintball demonstration we find the sport is well accepted among the Casa de Campo community, then we would definitely consider installing one or two permanent paintball fields in Casa de Campo.

What we intend to do is, take people who have for many years played paintball and have them do various demonstrations of the game for the public.”

One of the beautiful Paintball fields in Santo Domingo!

Of course details are still being planned, but as soon as we have more information we will let you know!

It was in the early 90’s when paintball was first played in the United States, when many young Dominicans who traveled to the US started to get involved in the game. The extreme sport gradually earned an important place as one of the many sporting activities practised in the Dominican Republic  – initially established in the countryside and later in 1999 played on the first “Hispaniola Paintball Field” owned by Jonatán Diaz.

“This started as an activity for the family, but after the great acceptance of many young people who became really close to the club, we then had to open new fields for the public in general, which is why we inaugurated the ‘Monster Paintball Field’ and ‘Cimarron Tactical Paintball’ fields.

Paintball is an extreme sport in which players compete in teams or individually, to eliminate opponents by tagging them with capsules containing water soluble dye (referred to as paintballs), propelled from a device called a paintball marker – otherwise known as paintball gun.

Games can last seconds, hours or even days and can be played either on outdoor or indoor fields of varying sizes, scattered with natural or artificial terrain, which players use for tactical cover.

The exciting game can be played for an incredible cost of approximately RD$1,000 which include paintball gun, masks, vest, plus the purchase of ammunition. All set!!