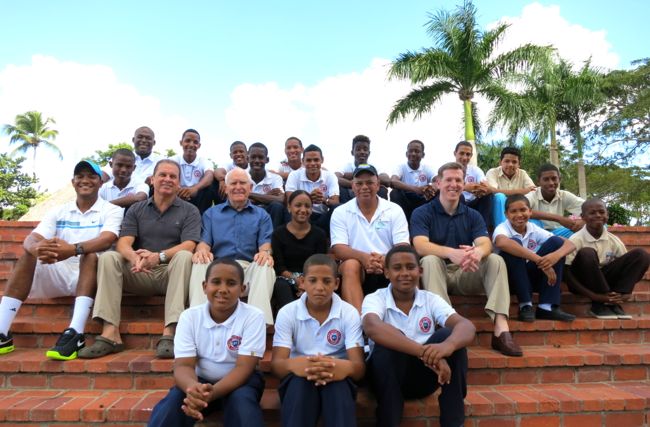 This year the 8th annual McDaniel Tennis Teaching Pro’s Tournament will be played from the 6th to the 10th of March 2013 – with Casa de Campo villa owner Phyllis Berney as Honorary Chairman.

The tournament, played annually between the teaching professionals and ball boys of the La Romana Country Club and the La Terraza Tennis Club in Casa de Campo, is the principle fundraising effort for the Ball Boy’s Scholarship Fund, which now finances the education of a total of 20 ball boys and 1 ball girl.

Every year the Casa de Campo community eagerly comes together to watch the young yet extremely talented teaching professionals battle it out to be crowned the champion – and with some serious prize-money up for grabs – these youngsters take this tournament very seriously, resulting in some very exciting tennis matches!

Everyone is invited to watch the matches, which will be taking place at both the La Terraza Tennis Club and the La Romana Tennis Club in the following schedule:

For the first 6 years of the tournament funds were raised solely with individual sponsors from the Casa de Campo community who donated between US$150 up to US$5,000, raising a total of approximately US$30,000 which is divided evenly between the “purses” for the tournament winners, the Ball Boy’s Scholarship Fund and English classes for the Teaching Pro’s and Ball Boys. For the last two years however, a “Corporate Sponsorship” option with Silgon Inc., Marketing, Web Development & Publishing Services as the lead sponsor.

The McDaniel Tennis Committee are now accepting donations and sponsorship, so if you would like to contribute please do not hesitate to contact us on: [email protected]