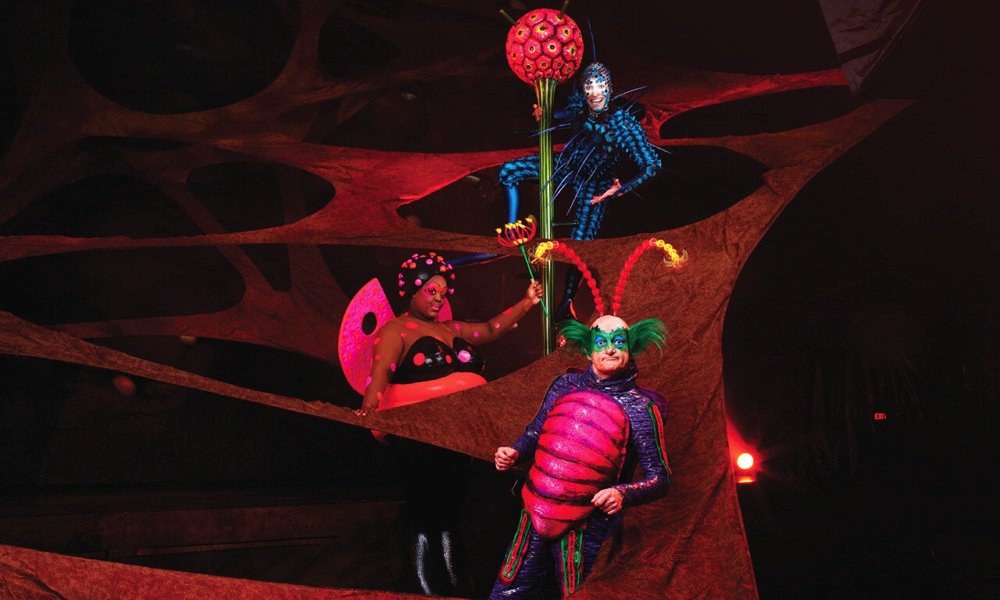 Have you ever had the enthralling experience of watching gymnasts spin through the air, acrobats contort themselves in seemingly impossible positions, and performers execute stunts capable of only the bravest of heart? Cirque du Soleil comes to Santo Domingo October 27th – 30th, and this year’s show “OVO” is born from the creative notion of what it would be like to live under our feet. Not so different from the reality we currently possess, this ecosystem elaborates how insects work, eat, fight, play, and fall in love – albeit with incredibly colorful costumes and theatrics.

OVO means “egg” in Portuguese and the show symbolizes the cycle of life and birth of numerous insects. When an unknown egg appears, the community becomes very curious, and it is a fabulous ladybug who falls in love with the quirky, new insect in town. See how the story plays out in a surreal world of juxtaposition. Known for its daring routines and captivating performances, Cirque du Soleil’s motto is: “We invoke the imagination, provoke the senses and evoke the emotions of people around the world.”

What you can expect:

Written and directed by Deborah Colker, OVO by Cirque du Soleil will be held in the Palacio de Los Deportes and tickets can be purchased online at tuboleta or Ticketexpress, or at points of sale including La Sirena, Supermercados Pola and Spring Center. Tickets range from $1,500 to $ 4,500. Read more about the characters, complexity of acts, and costumes here, where Liz Vandal, costumer designer of OVO says she was inspired by “Pierre Cardin, who focused on graphic lines and geometric shapes.” She continues: “The result is a sort of organic origami.”

* Pictures and video from cirquedusoleil.com.