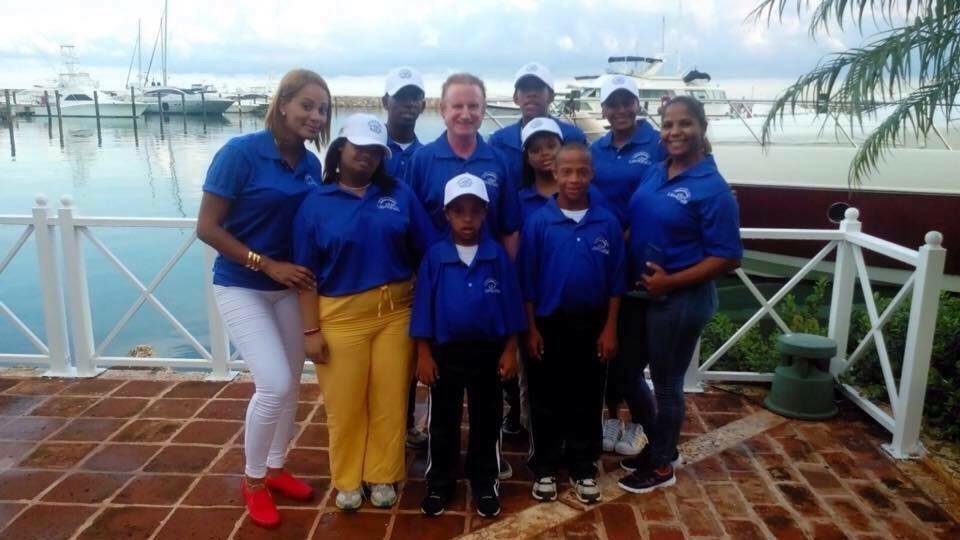 For the 11th year in a row, the special needs children of the Father Sebastian Cavalotto School will have a Christmas Party hosted by Andrés Vélez along with his family and friends. This year, the school also receives the support of Andrés’ pilot project, El Ser Libre y Feliz which commenced officially back in March of this year. Their mission: to create a livelihood filled with acceptance and respect, where the children and teenagers at the Cavalotto School are able to grow and develop without obstacles.

The school has expanded to 202 children, and the organization continues to improve the school’s infrastructure and educational programs for parents, therapists, and children. Together with the UNDP (United Nations Development Program), El Ser Libre y Feliz identifies each child’s need – both educational and medical – to assure they are in non-risk environments, wherein Andrés has noted that 7.5% of the Dominican population are disabled, and half of that figure live without medical insurance and in poor conditions.

El Ser Libre y Feliz provides aid to children who are autistic, have attention, learning, and/or speech deficits, cerebral paralysis, down syndrome, and more. They ask for your contribution to their annual Christmas Party that will be held next week on Thursday, December 15th. Toy donations and holiday treats are being received at the Casa de Campo Marina Yacht Club. Donations of money can be made through a secure credit card transaction on PayPal.com to the email address: [email protected].

As tis the season for giving, remember the children at the Father Sebastian Cavalotto School!

El Ser Libre y Feliz is an organization dedicated to assisting children with special needs and disabilities in the Dominican Republic. Andrés Vélez, the president and founder of the recently launched organization, recently noticed the need for improved infrastructure and more educational programs for the parents, therapists, and children at the Father Sebastian Cavalotto Special Needs School. Casa de Campo Living reached out to Andrés to give our readers an opportunity to learn more about him, their devoted organization and mission for the future. Read more here…