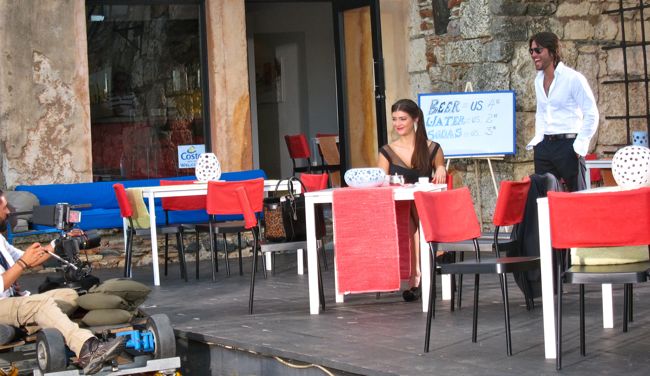 Sonymusic artist, Christian Daniel, who had an acting role in ‘El fantasma de Elena’, a latin TV show from Miami, is currently in the Dominican Republic, promoting his second album “Todo lo que tengo” and we spotted the gorgeous Puerto Rican strutting his stuff in Altos de Chavón, as he filmed a video for his song “aunque ya no vuelvas.”

Christian Daniel, whose father is a Casa de Campo villa owner, performed in the Dominican Republic in 2008 during a summer music festival, where he was the opening act for the Jose Feliciano concert at the Jaragua hotel in Santo Domingo and he will be performing once again in September this year, opening for Akon – another singer who also recently chose Casa de Campo as the location to film a music video! Click here for photos of Akon in Casa de Campo!