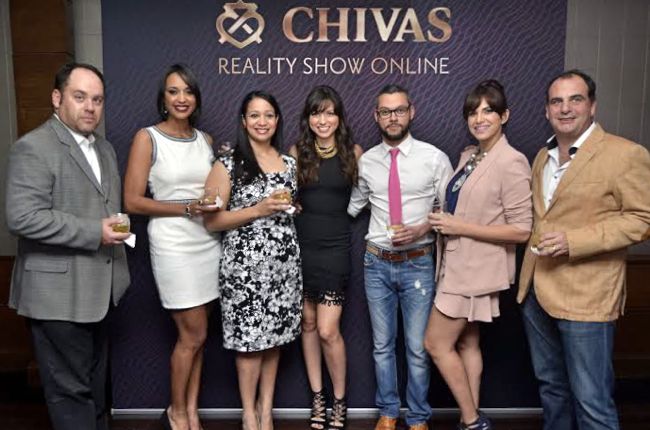 Did you know that Chivas Regal, one of our preferred tipples here in Casa de Campo, is hosting a reality show?! Over the last few months Chivas have hosted casting, “tests” and events in both Santo Domingo and Santiago in search for a group of 4 to become the Chivas Reality Online Brand Ambassadors. Starting from today these final 4 groups will be taking part in a series of 4 tests over the next month, and the winners will be announced on Thursday April 10th.

Last Tuesday, March 4th, the final 4 groups were announced at a gathering held at Cava Alta wine store in Santo Domingo with the attendance of Giovanni Martinez, Américas Chivas Regal Ambassador. Giovanni, who is a bartender at heart travels the world living the “Chivas Life”, hosting events at Cannes, as well as the Golden Globes and other glamorous international occasions – and so was the perfect guest to educate the competitors on being a “Chivas Regal Brand Ambassador”.

Also in attendance was Roselyn O’Neil, Chivas Regal Brand Manager in the Dominican Republic,  alongside the reality show judges Pamela Sued, Lorenna Pierre, Yaqui Núñez del Risco Jr., Daniel Panedas and the master of ceremony Angely Baez, who announced the 4 groups chosen by the audience as the finalists of Chivas Reality.

Each group was assigned one of the judges as mentor, here we present the 4 groups with their mentors:

The winning group of the Chivas Reality Show Online will become Chivas Reality Online Brand Ambassadors in the Dominican Republic, and as such will spend the next year living the “Chivas Life”, defined as “passion, friendship, brotherhood and chivalry” by Chivas Regal Ambassador, Giovanni Martinez of Los Angeles.

The chivalrous winners will enjoy their Chivas Life in the best possible style. A few of the Chivas Life activities include:

More than 3,000 people registered to participate in the contest, more than 300 were involved in the casting, and now there are just 40 left trying to win the reality show. Chivas Regal Reality Show videos have been viewed 19,000 times, received more than 17,000 interactions on Facebook, about 4 million users have been reached on Twitter and Instagram with the hashtag #ChivasReality, and the www.chivasreality.com has received over 15 million impressions. These numbers show the support of the Dominican Republic to the Chivas Regal campaign…. tune in now at www.chivasreality.com

And as there is no better place than Casa de Campo to live the Chivas Life we look forward to meeting the Chivas Reality Online Brand Ambassadors here soon!

The following photos collection were taken at the press release of Chivas Regal Realty Show Online at the wine store Cava Alta in Santo Domingo on Tuesday March 4th, 2014: