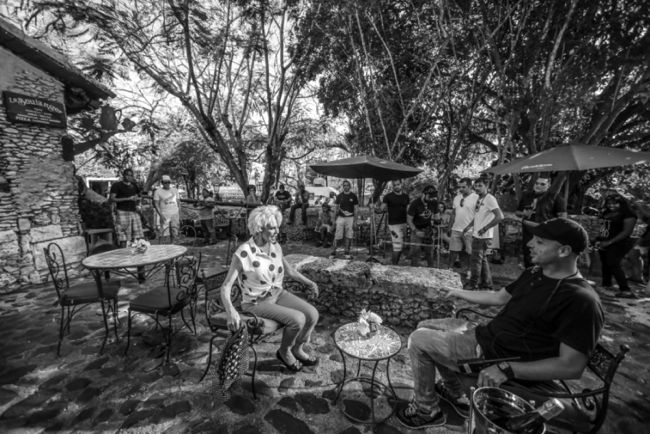 The song, an upbeat Latin pop number that’s sure to delight, is the first single off her new album, “7 Vidas”. The video, shown below, features footage filmed in the La Romana – Casa de Campo Airport, as well as in the artists’ village of Altos de Chavón, showcasing some of our favorite spots, such as the Titanic lookout spot, and the Le Boulanger café!

Charytín Goyco is a Dominican singer, television hostess and actress, with a long career, spanning since the late 1970’s, when she released her song Mosquita Muerta, which launched her to international stardom. Since, she has hosted and been a part of various TV shows, actually having left her most recent show, CHARYTÍN, in Miami, so as to create the “7 Vidas” album.

Congratulations to Charytín Goyco on her fantastic new video and (sure to be equally good) album, she clearly enjoyed Altos de Chavón as much as we do every day!