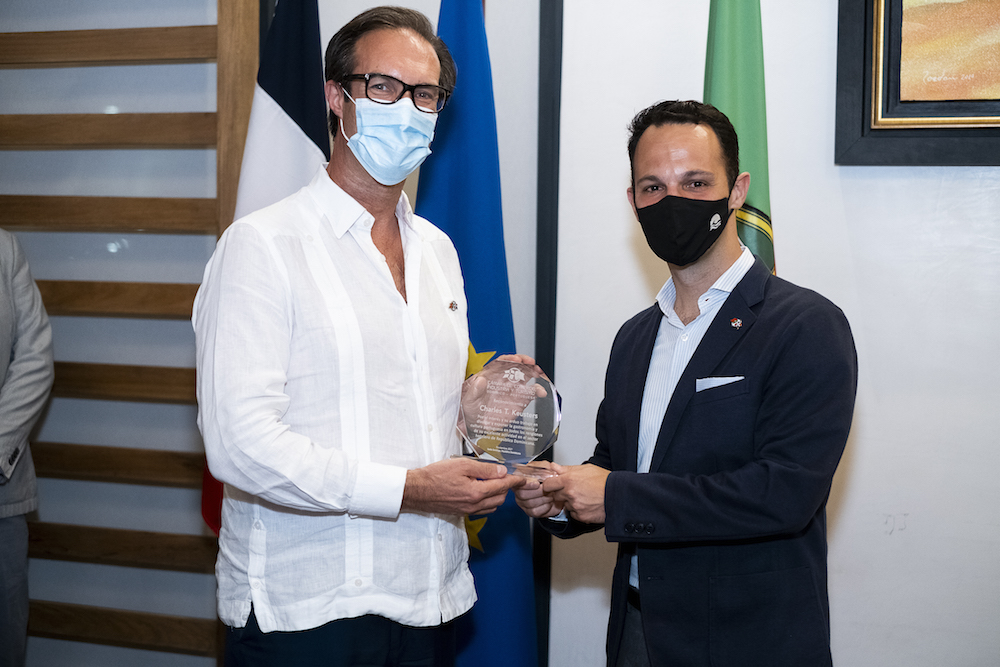 The Portuguese Dominican Chamber of Commerce, Industry and Tourism carried out in its eighth version of the LUSO 2021 award, a term that derives from the word LUSITANIA, meaning used to designate the natives of the pre-Roman people that encompassed the region of the Iberian Peninsula where currently is Portugal.

Among the winners of this year is Mr. Charles T. Keusters, Director of Operations of Casa de Campo Resort & Villas, who was recognized for his interest and hard work in disseminating and exposing Portuguese gastronomy and culture in all areas of its excellent activity in the hotel sector in the Dominican Republic. Charles received recognition from the honorary consul of Portugal in the Dominican Republic, Mr. Paulo Alves.

The edition corresponding to 2021, took place in the Cava Alta event room. Along with Charles, Mr. José Carlos Fragoso and the engineer Jaime Duran Hernando were recognized.

This award is given each year to entities or individuals that have promoted and collaborated with the development of the economies of the Dominican Republic and Portugal. This is one of the most important activities carried out by the Portuguese Dominican Chamber of Commerce annually.