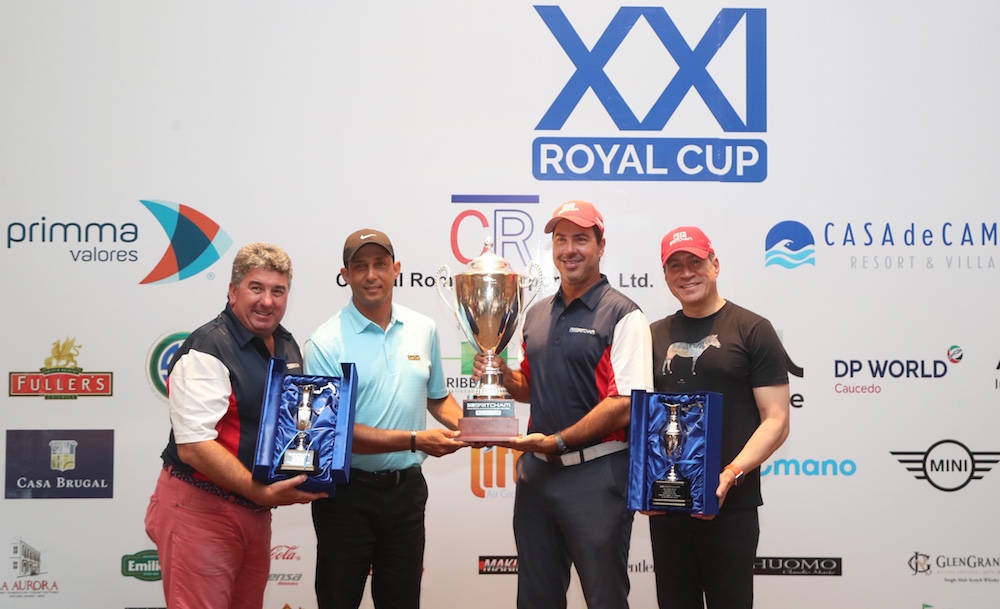 The players Cesar Rodríguez and Marcel Olivares won the top honors of the 21st edition of the British Chamber Royal Cup by achieving the best gross score with 64 strokes, in the contest that took place in the emblematic Teeth Of The Dog of this city, in Casa de Campo.

Rodríguez and Olivares, in addition to raising the rotating cup in which their names will be inscribed, received respective replicas of the ClaretJug, a cup that is given to the champions of the British Golf Open.

The Royal Cup, which gathered 120 players, was led by the excellent ambassador of Great Britain, Chris Campbell, who made the kick-off. In the fair that was played under the modality of scramble in pairs in categories A, B and C.

In category A, the most prominent were Otto Guerrero and Julio Senior, with 63 strokes. Gian Paulino and Julio Heinsen topped the list of category B winners, after getting 60 hits. In category C, the most outstanding golfers were Gregory Soriano and George Oreilly, with 65 strokes. Both players rose in that category by tiebreaker by card.