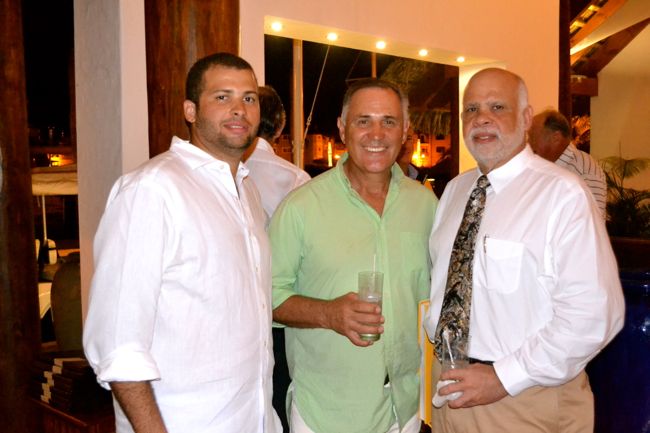 In the world of polo, Memo Gracida, is a superstar, considered by many as the best polo player of all time. And last Thursday December 11th we got the chance to have dinner with him.

The intimate gathering which united the most important people in polo from the 4 countries participating in the FIP World Cup Play-Offs, took place at La Casita restaurant in the Marina Casa de Campo.

Guest of honor was Memo Gracida. One of the greatest polo players of all time, Guillermo Gracida, Jr. (Memo), held polo’s highest ranking of 10 goals for 21 straight years, and is also the only polo player in the history of American polo to hold 16 U.S. Open crowns.

“He’s one of the greatest players of all time, and knows so much about the game, how to play it, about horses. It’s an honor to listen to him talk about his experiences, his advice and just general knowledge of the sport.” Julio López told Casa de Campo Living.

“Having the FIP World Cup Play-Offs here shows the world that Casa de Campo is one of the elite polo clubs of the world. The FIP has selected our club to host the zone A playoffs for the second time in a row, and for a total of 3 times.” Added Julio López, youngest son of Dr. José López, who is an avid polo player himself, and is also the Administrator for the Zona Franca.

The following collection of photos were taken at the dinner hosted by Central Romana at La Casita in the Marina Casa de Campo: