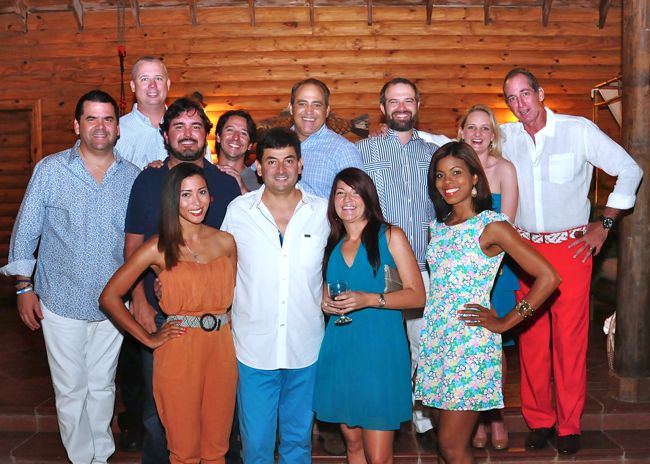 On Saturday the 19th of June, Daniel Hernández, general manager of the Casa de Campo Hotel hosted a fantastic dinner at his Casa de Campo villa in Los Mangos.

The celebration was in honor of a group of journalists representing ZOOM magazine from Panama, among them Andrés Montoya and Juan Diego Pineda. Both avid golfers, the pair were in Casa de Campo to enjoy all the resort has to offer in terms of golf, with the intention to promote Casa de Campo and The Sporting Life to their readers in Panama.

Following cocktails on the terrace around the pool, the intimate group enjoyed a delicious Dominican-style dinner, catered by Casa de Campo, which included suckling pig.

The following collection of photos were taken on June 19th 2014, during the dinner hosted by Daniel Hernández, in honor of a group of journalist representing the ZOOM Magazine from Panamá: