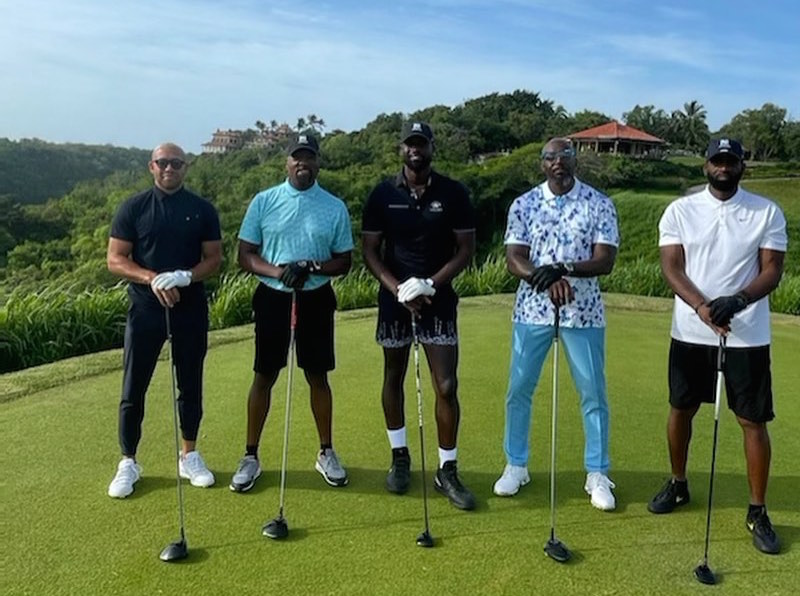 Casa de Campo is no stranger to celebrities, a long list of other actors, athletes, singers, and models have been seen throughout the years to take in the sun on our Caribbean island. Last week was no exception as basketball player and tv show host Dwyane Wade made was seen having fun in Casa with some friends celebrating Father’s Day.

Dwyane Tyrone Wade Jr. spent the majority of his 16-year career playing for the Miami Heat of the National Basketball Association (NBA) and won three NBA championships, was a 13-time NBA All-Star, an 8-time member of the All-NBA Team, and a 3-time member of the All-Defensive Team. Wade finished his playing career with Miami in 2019 and is also Miami’s all-time leader in points, games, assists, steals, shots made, and shots taken.

Dwayne is known to be an avid golf player and posted the picture above on his Instagram account (@dwyanewade) at the Dye Fore and out in the ocean with his father and friends with the caption “Fathers Day Golf Trip! Memories created”

But of course, knowing that celebrities come here for a few days to escape the hustle and bustle that comes with being a star and take a break from the paparazzi and everything else, it’s just right that we let them have a good and quiet time by themselves. We hope Dwyane keeps visiting us often and continue to enjoy all that Casa de Campo has to offer!