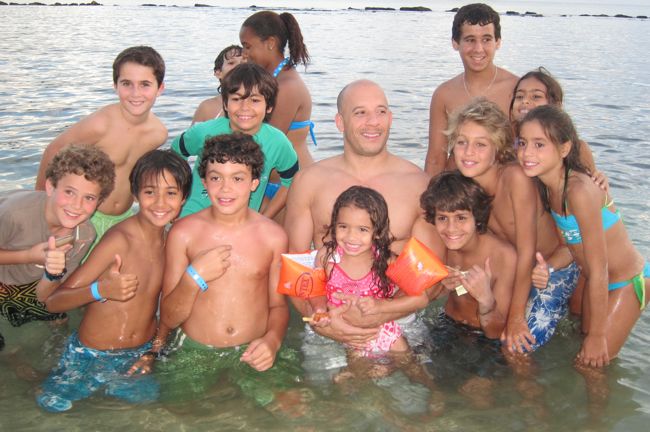 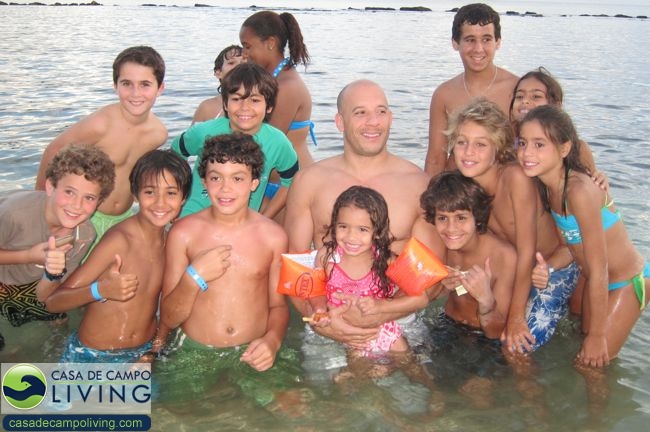 Last Saturday the 26th of November, the 2nd annual Joli-Day Beach event took place and famous actor Vin Diesel stopped by to join us for some of the fun!

The 2nd annual Joli-Day Beach event sponsored by Coors Light Beer and Ketel One Vodka at Minitas Beach attracted more than 1,000 Casa de Campo villa owners, residents and visitors, who enjoyed an awesome day with their kids playing on the water slide, bungee run and inflatable human balls, as well as the Casa de Campo water sports and the awesome beach BBQ!

Whilst everyone was invited to join the fun, we were not expecting any famous faces to make an appearance – so it was pretty exciting to spot Vin Diesel stroll by the Coors Light tent carrying his little boy, whilst he made his way to a quieter part of the beach to enjoy a little fun in the sun! 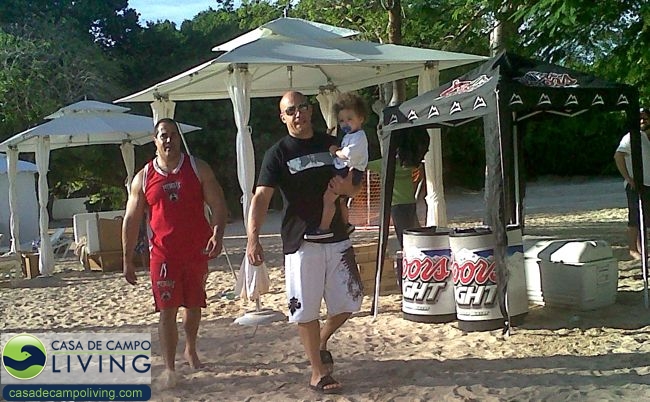 Whilst sadly Vin Diesel declined to come and play on the water slide, he did spend rather a lot of time paddling around the Casa de Campo bay in a canoe, leaving his little ones free to play! And when he wasn’t in the canoe he very kindly posed for photos with a few of Casa de Campo’s kids and even practiced a little Spanish saying “increíble!”

Thank you Vin Diesel for stopping by! You are always more than welcome at any of our events and we hope that you and your family had a great time!