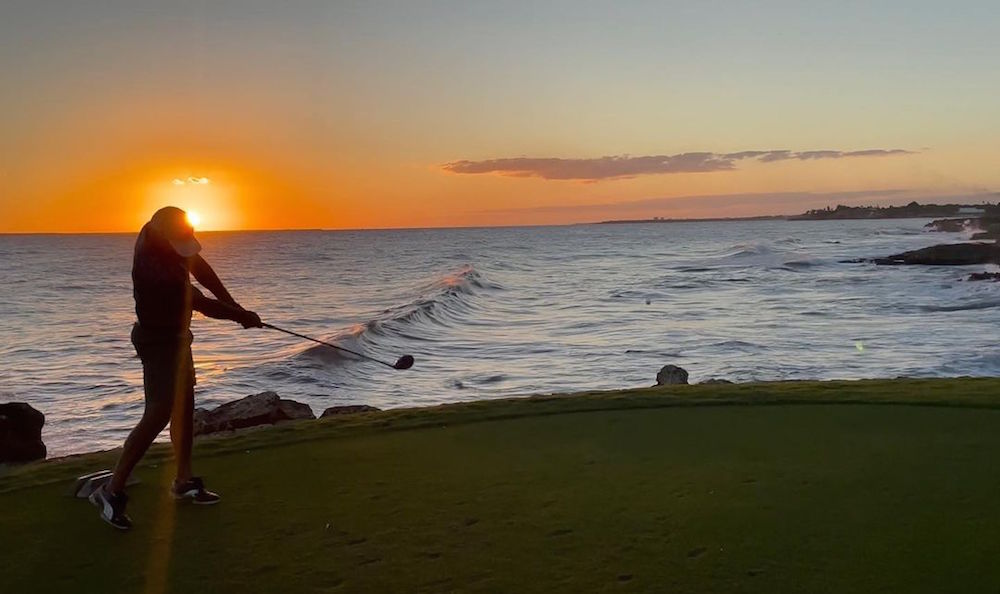 Throughout this past high season in Casa de Campo, there has definitely been a lot of celebrity spotting! Who doesn’t love a celebrity sighting, and we really LOVE it, even more, when they choose Casa de Campo as the perfect idyllic paradise to vacation with their families! What have they done in Casa de Campo? Well, what we all do here, love and enjoy all that Casa has to offer! Thanks to the modern miracle that is “social media”, we have a pretty good idea of what they have done – and some really awesome photos to prove it!

Here we re-cap all the famous people spotted this past week:

Martha Stewart is celebrating NYE at Casa de Campo for over a week now hosted by Dominique Bluhdorn. She has visited us before, and we love having her in Casa de Campo!

“Ann unusual and magnificent and unexpected village not far from the luxury hotel @casadecampodr campo @altosdechavon Built by the great entrepreneur Charles Bludhorn in 1976 the village looks like it’s been there for centuries definitely worth a visit while in the #dominican republic,” posted Martha in her ig account with the pictures below

Tamara Falcó is one of the members of the Spanish ‘jet set’, known for being the only daughter of Isabel Preysler (mother of Enrique Iglesias) with Carlos Falcó, Marquis of Griñón. She has posted various pictures in Casa de Campo along with her boyfriend Iñigo Onieva, a well-known Spanish businessman.

Amaury Nolasco Garrido is a Puerto Rican actor, best known for the role of Fernando Sucre on the television series Prison Break, and for his role in Transformers. He was “Swinging into the New Year!!” with Puerto Rican golf player Rafa Campos; both have become regulars in Casa de Campo!

The popular Puerto Rican urban artists have been spotted on various occasions during the past week! There were last seen enjoying the Marina and out in Palmilla!

To see other celebrities that have been spotted in Casa over the years click here!