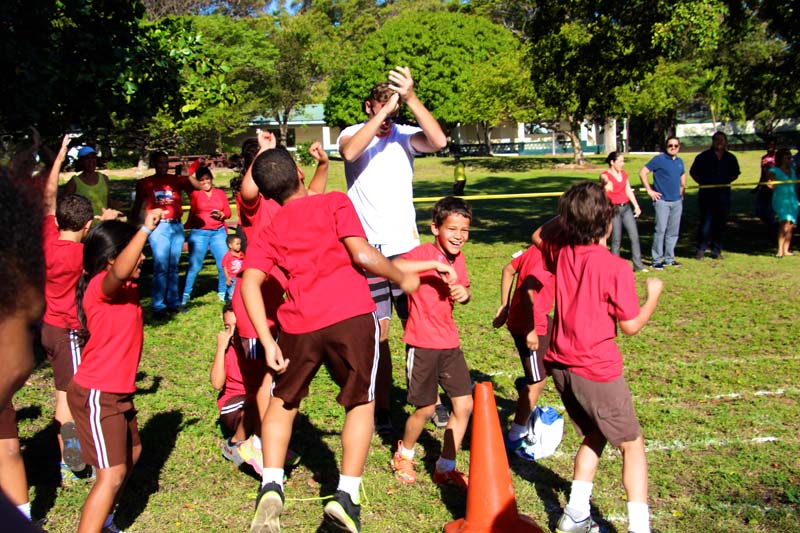 Some of my best years were in school; it’s where you spent time with friends, learned new subjects, played sports, participated in plays and went on trips… all around it was great! I graduated from Abraham Lincoln School in 2002, after 14 years of making my way from kindergarten through the 12th grade. The school prepares its students in such a way that when we go out into the world everything seems a bit less complicated. We were provided with the tools to carry us through our university years, and even once we started working were taught to give the best of ourselves in every aspect of our lives. It’s for this reason that I’m so excited to celebrate their centennial. This Saturday, April 22nd they will have their traditional Sports Day starting at 9:00 a.m, and now the high school students are playing part!

Sports Day is certainly one of the best days of school. It is celebrated each year for lower school students with sack-races, a potato or egg spoon race, running, and much more. Parents and friends come to the school to cheer on their kids, and last year the high schoolers were finally made part of this extraordinary day. I’m sure they are loving getting back into the special event!

Students compete against one another, dressed in the colors that represent their team: Duarte (red), Sánchez (yellow), and Mella (blue) – named after the Dominican Republic’s founding fathers. They learn about teamwork and team spirit and are awarded points to each of their houses and prizes at the end of the day.

This year, it will be even more exciting and significant since this year falls within the school’s 100th anniversary! They will hold a fair where parents and friends can not only support their kids, but buy centennial memorabilia, enjoy food and drinks, and participate in numerous activities such as bean bag throwing, face painting, football and golf competitions, lucky dip, bottle flipping, tee shirt decorating, a photo booth, and more! It is a great way to start the weekend and spend time with family. Come out and support the Abraham Lincoln School, and Go Team Duarte!