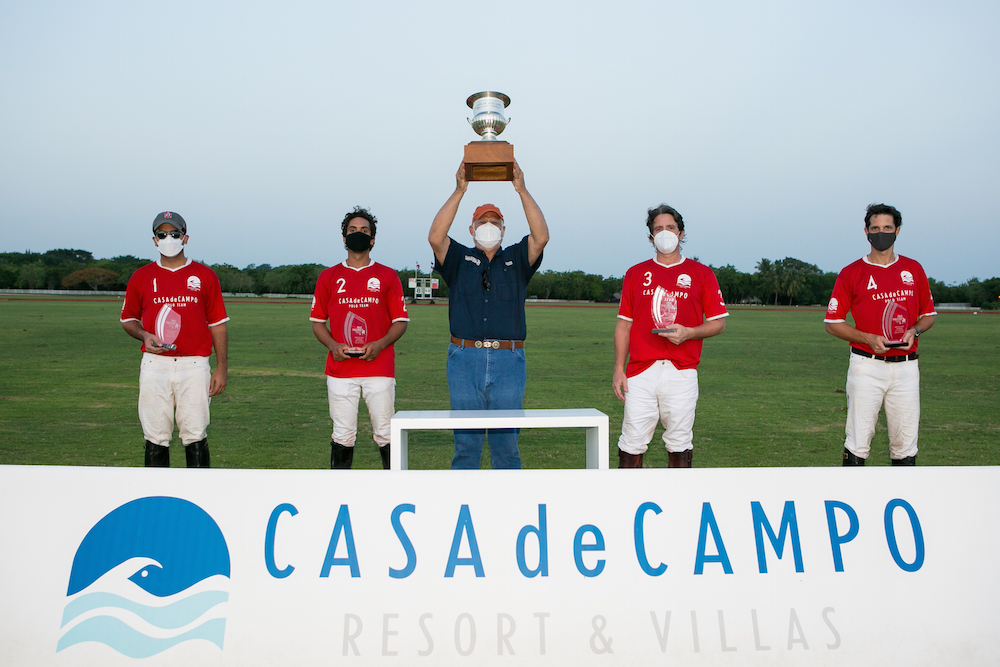 The Casa de Campo polo fans rejoiced when a few weeks ago the first Summer cup was announced, even more, after learning who would be honored. Last Saturday, August 29th, an exciting game of polo took place in Casa de Campo with team CDC playing against the 3J’s Polo Team in the finals on this year’s Friendship Cup dedicated to Dr. José López. The event organized by Casa de Campo Resort was a wonderful way to honor one of the Dominican Republic’s greatest polo players as well as a fabulous weekend activity that followed all Casa Cares protocols guaranteeing the health and safety of the community. 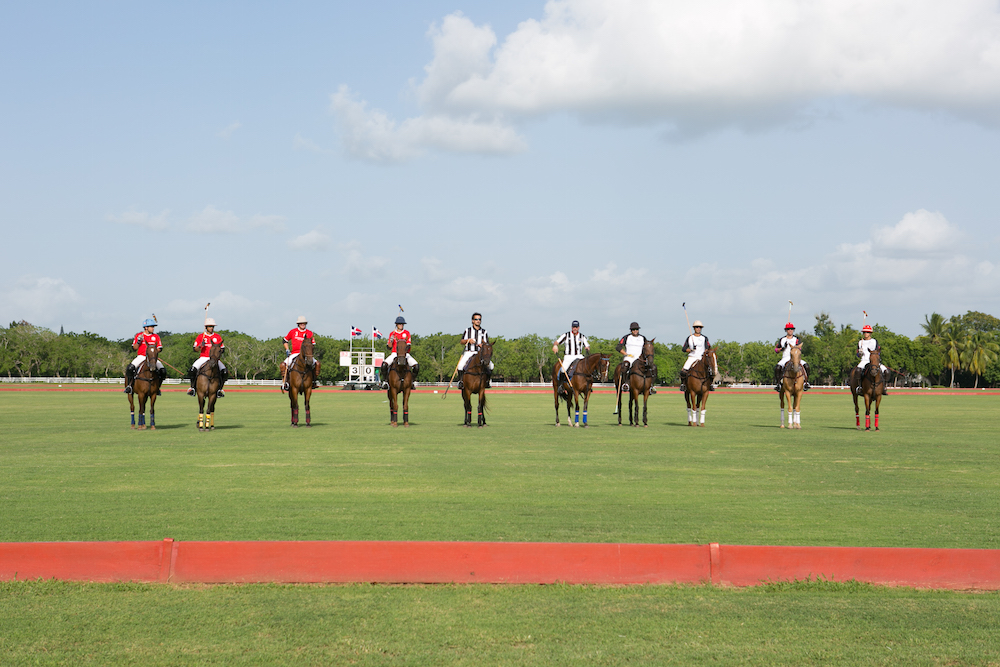 This was the first cup played during this year’s polo summer season in Casa de Campo following all the new polo regulations put in place due to the pandemic. The final started at 4:30 pm and was played between CDC with Alfredo Vargas, Leo Matos, José Calazan, Omar F., and newly formed polo team 3J’s with Julio López, Fernando Arata, Ramón Brenes, Alex Schad (first 12-year-old player participating in the polo tournament!). The teams demonstrated they were strong and skilled fighting throughout the match, making it hard to predict the champion as the two teams maintained close scores throughout the game.

The finals were expertly narrated by Tony Rivera, internationally recognized Polo player, and ESPN host Martina Monteverde. Along with them was the honoree, Dr. López who when asked what he felt knowing that the cup had been dedicated to him stated “I feel very honored and humbled that this year’s Friendship Cup was dedicated to me. I am a person who likes to have friends, and I give myself entirely to them. Friendship is something very special, it is incredible how one can become so fond of a person outside of blood ties.” 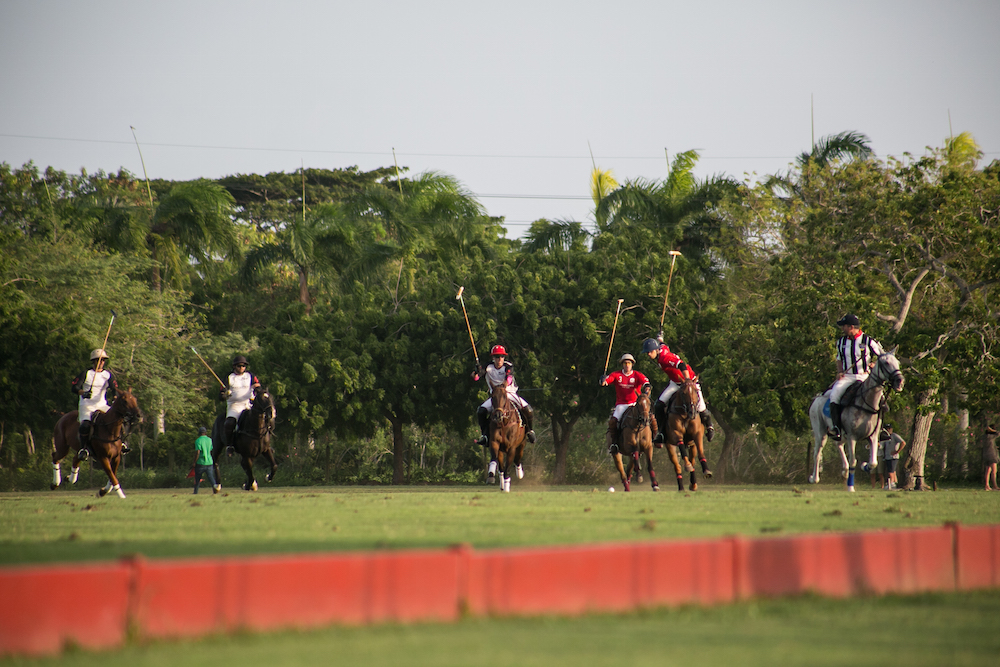 He continued by explaining, “During this polo tournament, many people came to mind who gave me the illusion of playing polo, General Cabrera in Higueral in Campo Alegre in the ’60s. Where I also saw Calixto Garcia, Don Papo Menédez, Jabar Singh, and many other players. All of whom at some point gave me an opportunity. I came to polo because I love and grew up among horses. It gives me immense pleasure and great joy to see a mare or horse that was raised on my farm, that I have trained, out on the field, one who’s grandmother I used to ride or who’s mother I used to ride to play polo; it makes me very happy. I thank those colleagues that throughout the years have given me their support, and Casa de Campo, my polo club for being one of the reasons why I decided to stay in La Romana.” 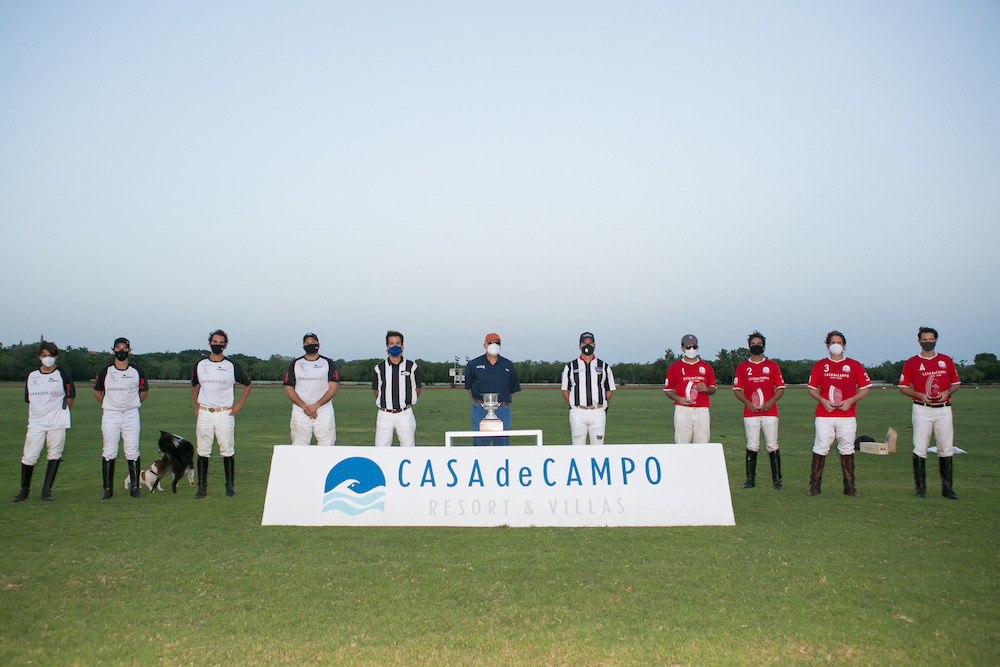 The game ended with a 10-8 score with the CDC team crowned champions. “It is always an honor to celebrate the life and work of an amazing polo player and friend as is Dr. José López”, said Leo Matos, captain of the CDC polo team as they received the champions cup presented to them by the honoree. The Casa de Campo Polo club lead by its director Fernando Arata congratulated Alex Schad for being the youngest polo player in the club and ‘rookie of the year’ as well as presented the MVP to Julio López. Best playing pony was presented to “El Romano”, tamed by Dr. López, and groomed by Victor Alvarez.

The following image gallery was taken by Mairobi Herrera during the Friendship Cup 2020 dedicated to Dr. José López: