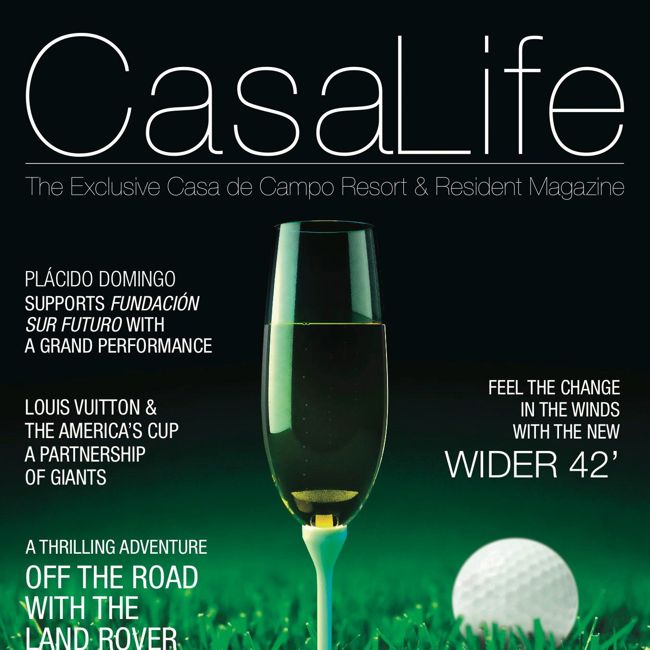 CasaLife, the exclusive Casa de Campo and Resort Magazine has just arrived! And with it we bring you coverage of all the most glamorous social events of the season as well as feature items on exclusive brands; Land Rover, Wider Yachts and Johnnie Walker Blue Label.

This, the latest issue of CasaLife, year 7, volume 1 will be delivered to your Casa de Campo villa tomorrow (Thursday the 22nd of March 2012) and with it you will receive the premier issue of our latest print publication – which we are sure you are going to love! (But more about that soon!)

This past “season” in Casa de Campo I once again undertook the arduos task of covering (and enjoying only slightly) the many high-society events which took place across the resort and in this edition you will find our coverage of; a piano recital with the Hogar del Niño, the 20th anniversary of the Cartier fundraiser, the Fanjul family’s New Year’s Eve soiree, Dueños 2011 and the Placido Domingo in concert for the Fundación Sur Futuro.

“A Partnership of Giants” by Rebecca Hughes

Your copy of CasaLife will be delivered to your Casa de Campo villa soon!