On Saturday evening the 24th of November, CasaLife magazine had the great pleasure of welcoming select VIP Casa de Campo villa owners and guests to a “true experience of the senses”, an event co-hosted with Chivas Regal 18 fine Scottish whiskey. 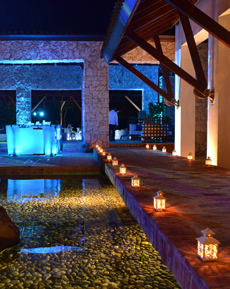 Acting as hosts for this fine occasion was Philip Silvestri, President of CasaLife magazine accompanied by Rebecca Hughes, social editor of CasaLife magazine, as well as Juan Carlos González, general manager of Pernod Ricart Dominicana, representatives of Chivas Regal 18 in the Dominican Republic, who welcomed their elegant guests, among them Steven Fisher, His Majesty’s Ambassador for the United Kingdom in the Dominican Republic to the magnificent oceanside villa Punta Minitas #34.

From start to finish Chivas Regal 18 and CasaLife offered invitees a “true experience of the senses”, the theme of the evening. Arriving through the grand metal gateway and up the winding gravel driveway, guests were greeted on the threshold of the striking villa, Punta Minitas #34, on of the most imposing and architecturally unique homes in the entire Casa de Campo resort, with a Chivas Regal 18 welcome cocktail and the opportunity to pose for a photo at the Chivas Regal 18 celebrity wall. 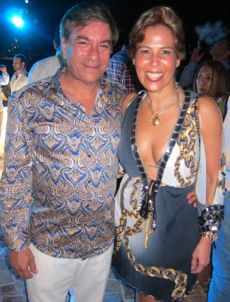 Within the fortress-like walls of the villa, the central water feature glittered Chivas and CasaLife blue, whilst the stone walls and turrets, which once hosted the Kardashian family (of reality TV fame) stood majestic overlooking the lounge and central party area, where Casa de Campo’s chic villa owners enjoyed the first of many glamorous occasions to he hosted in Casa de Campo over the upcoming holiday season.

To the tune of live latin jazz and lounge music sipped the fine Scottish whiskey – served on the rocks, or (for the ladies) as a variety of tropical cocktails. Meanwhile passionate whiskey connoisseurs were treated to an informal tasting with Joe Cabassa, international ambassador for Chivas, who helped to deepen guests appreciation of the whiskey, which boasts 85 distinct flavors. 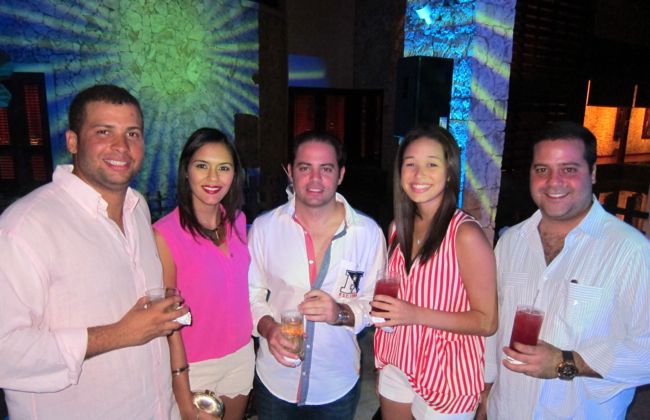 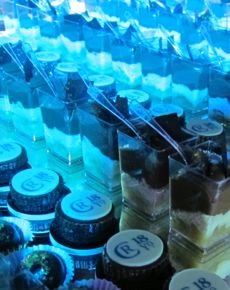 With no time or desire to duck-out of the party for dinner, the visitors were treated to asian-inspired hors d’oeuvres, as well as a deserts table brimming with organic dark chocolate treats – each one laced with Chivas Regal 18 and artfully crafted – some even with the Chivas logo.

An excellent start to the festive season in Casa de Campo! Congratulations and many thanks to both Chivas Regal 18 and CasaLife Magazine for hosting such a fine occasion – we look forward to sharing many a splendid occasion with you together in the near future!

The following selection of photos were taken during the CasaLife Magazine and Chivas Regal 18 event hosted at Punta Minitas #34, Casa de Campo on November 24th, 2012.