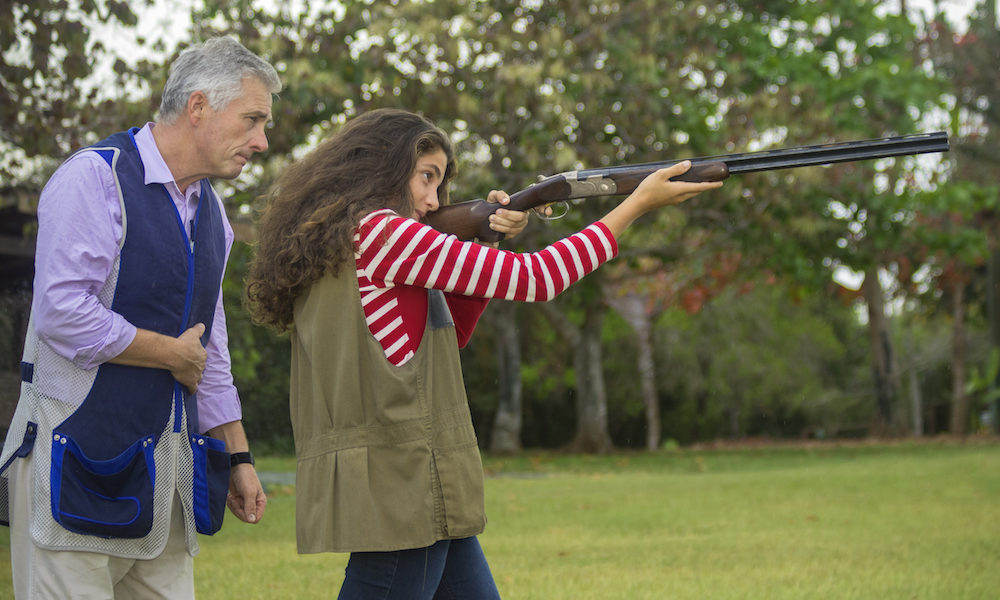 This interview was previously published in our sister magazine, CasaLife. It’s an interview with the man who’s shaking things up at Casa de Campo’s Shooting Center, developing its grounds and marketing the facilities to a wider audience.

Casa de Campo, a resort renowned for its stunning and challenging golf courses, also boasts the most impressive shooting facilities in the Caribbean, and possibly the world. What dates back to the mid 1980s, almost as early as the resort’s inauguration, the Shooting Center offers 245 acres of Skeet, Trap, Sporting Clays, and Live Pigeon shooting. Not far down the road at Rancho Peligro, 10,000 acres of immaculate rolling hills and views of the Dominican Republic’s eastern mountain range make up the grounds for live Partridge and Pheasant Shoots.

Director of the Shooting Center, Gary Salmon, joined the team just shy of three years ago and has been a driving force behind its continued enhancement. Hailing from England, Gary grew up assisting both his father and uncle at gamekeeping, and at the age of seventeen worked as a trainee keeper on The Queen of England’s wild bird shoot at Sandringham. As a Beat Keeper in Suffolk for Lord Tollemache, he gained experience at rearing partridges, pheasants, and duck before moving on to positions as Head Keeper in Essex, and Shoot Manager on the Ashby St. Ledgers Estate in Northamptonshire, before taking over as its proprietor in 2007. Gary’s extensive background led him to Casa de Campo to run the Shooting Center that without a doubt ranks at the height of European standards. Traveling down dirt roads and over intermittent puddles after a rainfall, Gary gave CasaLife a tour of the facilities and his daily work.

How does Casa de Campo’s Shooting Center compare to others around the world?

We have so much diversity in our shoot; nowhere that I know of has all the different facets that we offer: trap, skeet, colombaire, sporting clays, partridge and pheasant, trap pigeons, ducks, and doves, including year around availability. Most countries have seasons; here we don’t because what we shoot is not indigenous.

To some who may be unaware, what is the difference between trap and skeet shooting?

The same targets are used whether it’s trap, skeet, or sporting, but different disciplines. In trap, the target always moves away from you; whereas in skeet, there is a high house and a low house with seven surrounding stations. Skeet is a very good discipline for beginners as the angles of the targets change every time the shooter moves to a different station; in competition, 100 out of 100 is normally the winning score so there is no room for error.

What do you like most about working at the Shooting Center?

Variation really, and I like getting out to Rancho Peligro. The beautiful countryside at Peligro with the rolling hills and mountains in the background is one of the highlights of my week.

During your time as director, what contributions have you made to the Shooting Center?

At the shooting center, my work has mainly been building on what we have and marketing, including features in Quest magazine (USA, 2014), The Field magazine (UK, 2015), and Fieldsports magazine (UK, 2016). We have made two new pigeon holding pens so two more can be used solely as breeding pens, with an output of 1,200+ pigeons per annum. Plus, pheasant and partridge are now kept on site to allow for easy access.

Aesthetic improvements have been made around the shooting centre and grounds, including at Rancho Peligro. Two stagnant ponds at the shooting center entrance have been filled and planted with flowers and a third has had a fountain installed. The main work has been at the Higeural rearing site where we have invested in husbandry by building a new feed shed, water system, sprinklers to keep birds feathers pristine, and most importantly, have upgraded the actual rearing areas to a high level. Birds now have access to the outside once they are big enough, and after a few weeks a grass area too.

The purchase of new clay traps, for mainly a moveable five-stand layout, has improved customer satisfaction and allowed one man to look after five clients simultaneously, which is a big support during busy seasons.

What are key pointers for beginners to remember in shooting?

You must determine which is your dominate eye to begin. If you shoot off your right shoulder and your left eye is dominant you’re in a whole world of trouble. Listen to your instructor and keep everything pulled in tight.

What will youth be learning in the new Junior Shooting Academy?

Fundamentals for starters, teaching them foremost about gun safety; that is paramount. Of everything we do here, that is the one thing that we are 100% down the line about. We want everyone to be safe and have a good time. Also, to enhance marksmanship. We’ll change some non-believers into believers and shooters, that would be my ideal.