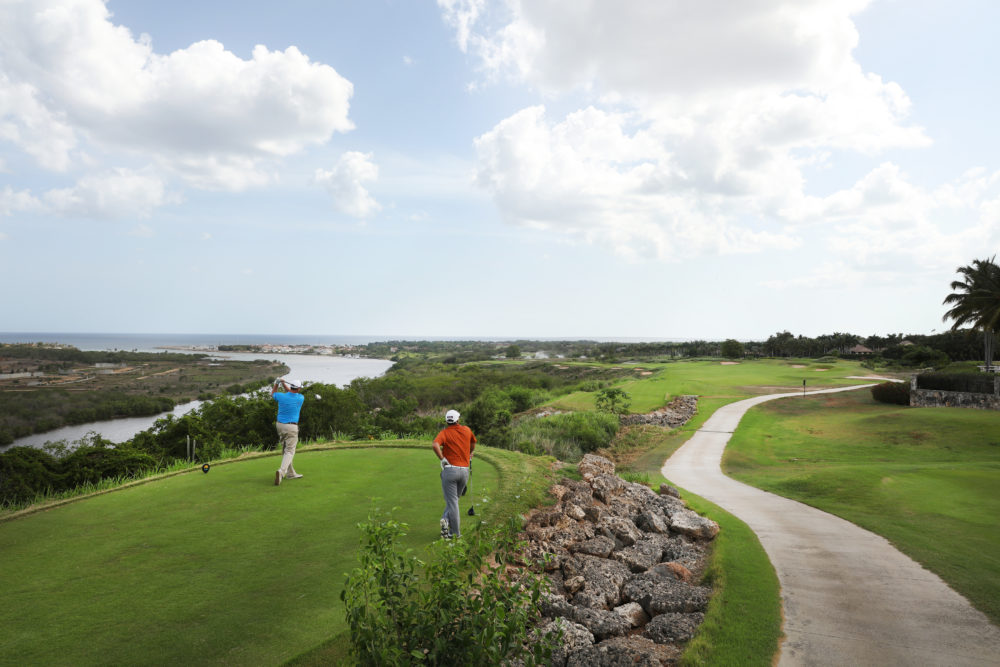 The Dominican Golf Federation (Fedogolf), announced the celebration of the LIII National Stroke Play Championships, to be held from October 23 to 25, at all three of Casa de Campo’s golf courses; the Teeth of the Dog, The Links and Dye Fore.

The National Championships is the maximum local competitive event that Fedogolf performs annually with a view to determining the national champion and champion in this discipline in the country.

The event, which was moved from June to October due to the COVID-19 pandemic, will have for this year as an innovation the professional category, which will have a bag of two hundred and thirty thousand pesos. In addition, golfers will simultaneously play two courses on Saturday 24 and Sunday 25, reported Carlos Elmúdesi, president of Fedogolf, through a press release from the institution

The success of the tournament for 52 years has also allowed it to receive the participation of foreign players who travel to the country to face the stiff competition that the tournament requires for three days.

The participation of some 150 national and international golfers is expected in the most important event of the year 2020 and the longest-lived of the institution.

In the competition, always awaited by local golfers, players in categories A, AA, Ladies A, Mid-Amateur will also face each other from Friday to Sunday.

Categories B, C, D, Senior A, B, C; Supersenior A, in addition to Ladies B, will play from Saturday to Sunday.

Luis José Placeres will be the director of the tournament, which will have Messrs. Carlos Elmúdesi and Robert Guerra as starters; Tulio Luna, Rafael Canario and Andrea Attus, rule officers; Mariel Mercado and Tamy Acosta will be at the reception of cards and attention to the players.