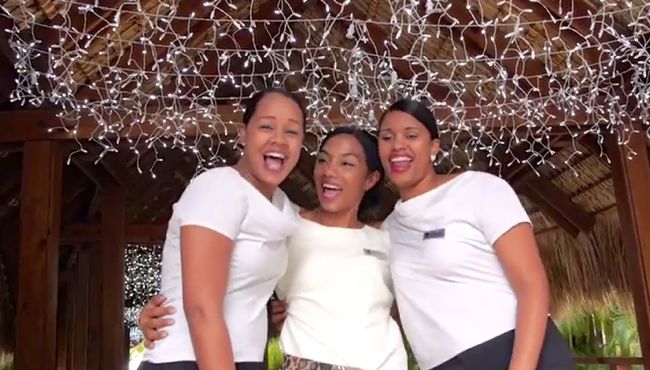 In the video we see members of the entire Casa de Campo resort team, from the waiters, chefs and cooks of the Beach Club, the team at the Altos de Chavón amphitheater, the ball boys, the tennis crew, the ladies from the Casa de Campo Villa Owners Club, as well as even the management such as Peter Bonell, Chief Marketing Officer and Daniel Hernandez, General Manager of the Casa de Campo Hotel, all dancing and singing along to the contagious rhythm of “la vida es una solo”.

The video ends with a message from Rafael Torres, the new president of the Casa de Campo resort, who having been in position for exactly 2 months, sends his thanks and regards to the entire Casa de Campo team, wishes everyone a very merry Christmas and ends with “no olviden que la vida es una solo, hay que disfrutarla y pasarla bien”, (“you only have one life, you have to enjoy it”). Very true! And where better to enjoy it than here in Casa de Campo!?

UPDATE: This video has been removed at the request of Casa de Campo. We hope to be able to bring it back soon.