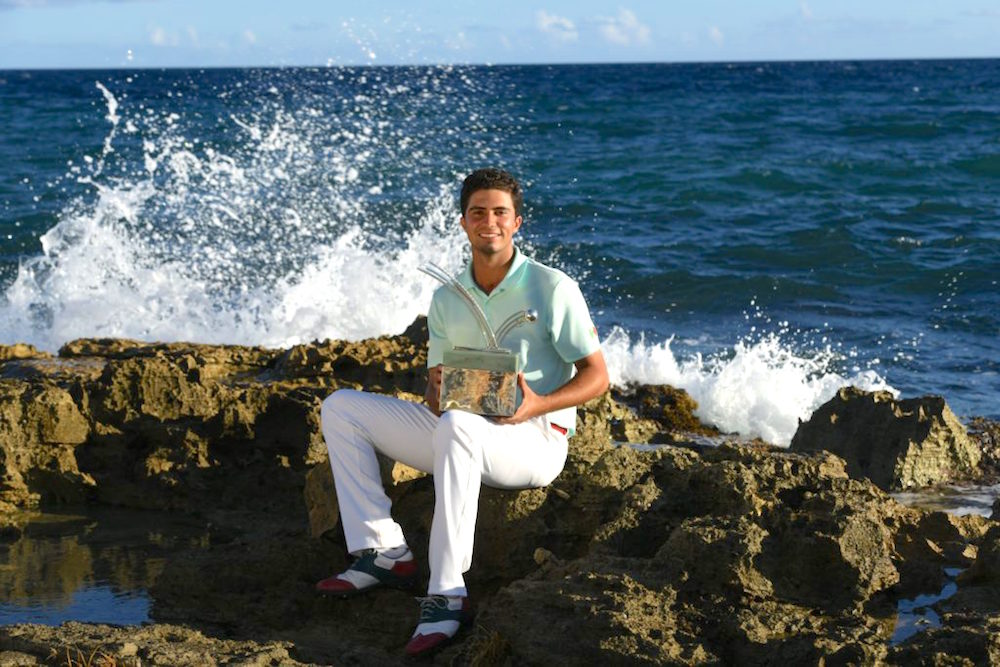 Casa de Campo Resort & Villas and the Latin America Amateur Championship forged a strong and unbreakable relationship from the moment their paths crossed back in 2016 when the golf resort of La Romana, Dominican Republic, received the “Major From the fans. Such was the synergy generated from both sides that it didn’t take long for LAAC to return to the home of Teeth of the Dog, the design of the legendary Pete Dye, the perfect setting for a world-class event.

In 2019 they repeated the successful formula they implemented three years earlier and Casa de Campo became the first LAAC headquarters to host the region’s flagship amateur golf event more than once. After passing through Mayakoba in 2020 and the cancellation due to a pandemic of LAAC 2021 in Lima, Peru, the founding partners decided to return where sanitary protocols and “bubbles” may be easier to carry out due to the characteristics of Casa de Countryside.

Designed by Pete Dye, considered the best golf architect in the world, “Teeth of the Dog” is listed as the best course in the Caribbean and ranks in the Top-50 among courses on the planet. “The opportunity to build this course from the beginning is an experience that is lived only once in a lifetime,” said Dye, who also designed, together with his wife Alicia, Dye Fore and The Links, both golf courses of which Casa de Campo is also proud.

Casa de Campo Resort & Villas is a hotel, resort, and residential community located along 7000 acres on the southeast coast of the Dominican Republic. It is a jewel in the Caribbean and that was understood by the IAGTO (International Association of Golf Tour Operators) who chose it as the number one golf resort in the world on more than one occasion.

“We are incredibly excited to welcome the best fans in the region back to Casa de Campo and host the Latin America Amateur Championship again. Teeth of the Dog is a beautiful and challenging place to host this championship. Our team enjoys the opportunity to continue our wonderful partnership with the Masters’ Tournament, The R&A, and the USGA, and this edition will serve to showcase the ever-expanding talent in our region,” commented Andrés Pichardo Rosenberg, President of Casa de Campo.

The difficulty of Pete Dye’s designs is undeniable. Each of his creations hide secrets that Paul Chaplet and Álvaro Ortiz knew how to discover from Teeth of The Dog. The Costa Rican signed a final round of 70 strokes (-2) and with a total of 285 (-3), he became the 2016 LAAC champion. The Mexican, meanwhile, took advantage of a benevolent climate and “only” needed 274 strokes (-10 ) to win the title.

Regarding the field, Chaplet said: “It is a spectacular field, one of the best in Latin America. It requires you to be focused on each shot and if the wind blows everything becomes more complicated. To be successful in this field the key is that: concentration and knowing how to fail on the right side.”

For Ortiz, Casa de Casa de Campo and Teeth of the Dog have something special: “not only do I have a great connection for being a champion there, but also because the golf course is a Pete Dye work of art. The holes that overlook the Caribbean Sea are magnificent, but the entire court is really impressive, all amateur players from Latin America should play it at least once.”

From January 20 to 23, 2022, the best amateur players in the region will then return to a venue praised by each of the parties that make up the organization of a unique championship such as the Latin America Amateur Championship. The promises of the future come to Casa de Campo and the golf of the region smiles again.