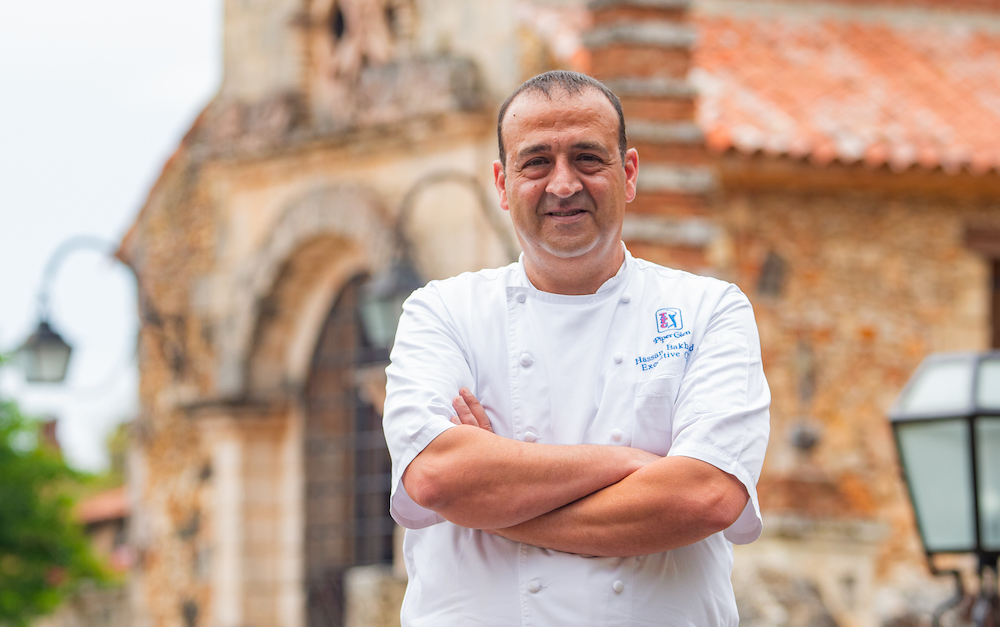 Casa de Campo Resort & Villas – home to the Caribbean’s premier, luxury golf experiences, including the iconic Teeth of the Dog course – hosted the finals of the annual “ClubCorp Chef of the Year” competition in a culinary celebration, April 20 – 24.

The annual “Chef of the Year” competition draws from more than 200 ClubCorp golf clubs with over 1,000 nominations. Hassan Bakhdoud from TPC Piper Glen in Charlotte, N.C. was named “Chef of the Year” during the final night reception at Casa de Campo’s Flamboyan Conference Center after a week of delicious hosted lunches and dinners demonstrating the epicurean talents of five semifinalists.

“It was such an honor to partner with an outstanding organization like ClubCorp and showcase the skills and expertise of their incredible chefs,” says Jason Kycek, senior vice-president of sales and marketing. “We’re additionally excited that Casa de Campo has also become widely known as one of the world’s great food destinations along with our longtime exceptional reputation for golf.”

Casa de Campo features a sophisticated array of international cuisines for its residents and resort guests from Mediterranean to Dominican to Italian and most everything in between. Its acclaimed culinary options include the Minitas Beach Club & Restaurant, Chilango Taqueria, La Cana, La Piazzetta, Lago, La Casita and SBG.