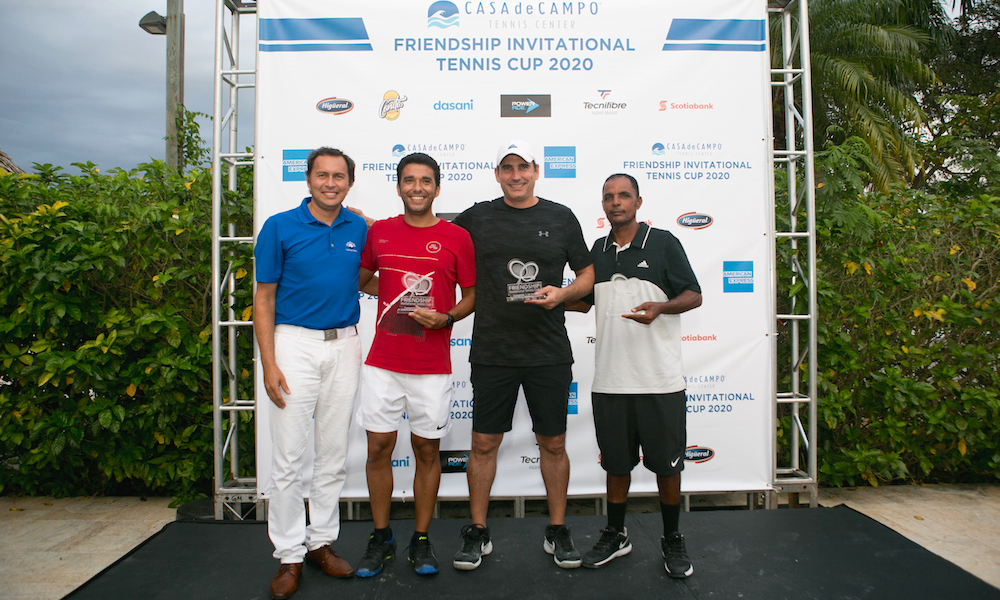 Casa de Campo® Resort & Villas held the second version of the Friendship Invitational Tennis Cup from February 21-23 at the La Terraza tennis center. As a result of a successful tournament, around 100 players participated in this installment, which showed their skills and competitive spirit on the court. It is the second time that the Resort performs this type of tournament, which was attended by players from both the Casa de Campo community, as well as tennis players from all over the country.

The format of the game was 1 double, 1 single and a playoff game. The teams formed by two or three members of which played in the female and male category. On Saturday 22 from early in the morning a Round Robin was played, this means all against all, and on Sunday the semi final and the final were played.

The ceremony ended in a very friendly way on the part of the winning couples: Marco Vinzoni & Debora Morsenti in first place and Miguel Pilier & Romery Santos in second place with a score of 6-4 points celebrated with live music, souvenirs and trophies.

The following image gallery was taken by Mairobi Herrera during the Friendship Invitational Tennis Cup 2020: