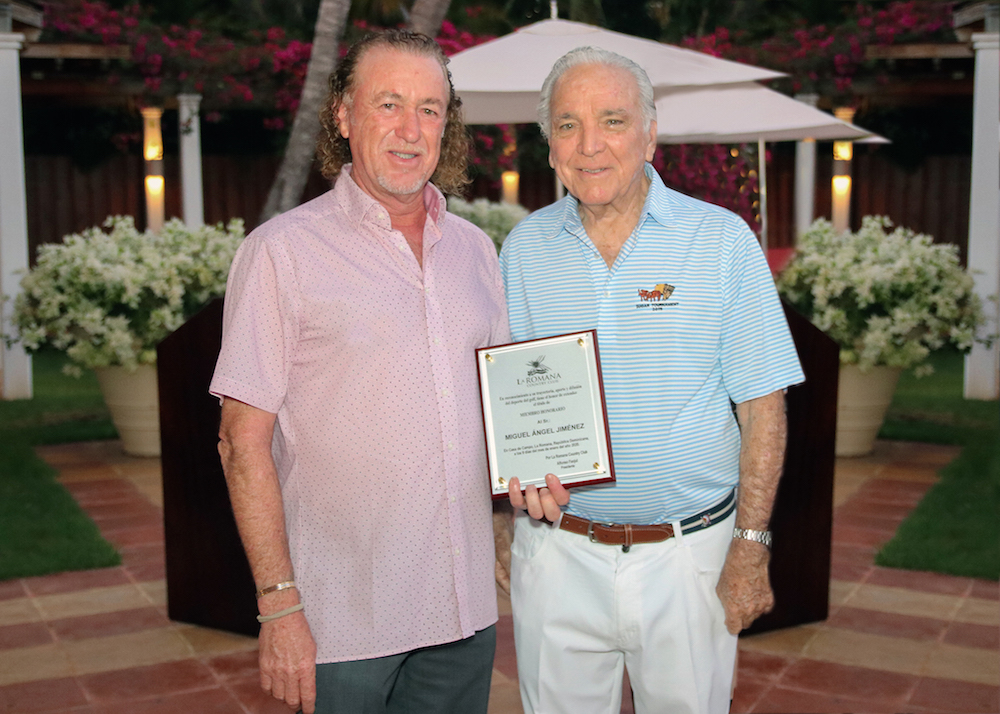 The managers of La Romana Country Club recognized the trajectory, contribution and dissemination of the golf sport at the international level of the player Miguel Ángel Jiménez, who is one of the most iconic representatives of Spanish professional golf and who frequently trains in the majestic tourist Casa de Campo complex.

Mr. Alfonso Fanjul, president of the board of directors of Central Romana and president of La Romana Country Club, as well as other executives of the company, delivered a plaque of recognition to the Spanish golfer, where he was appointed honorary member of La Romana Country Club. In the act were also invited Club members, villa owners, and residents.

With this recognition, the Spanish golfer is distinguished by extending the courtesy of being able to make use of the facilities and services, while belonging to this prestigious membership.

For his part, the outstanding golfer, who on January 20 won the Mitsubishi Electric Championship, a tournament belonging to the PGA Tour of Champions, and with which he adds his ninth victory in this circuit, he was very pleased to be named as an honorary member from La Romana Country Club.

La Romana Country Club, located in the heart of Casa de Campo, is a private club that offers a unique golf course designed by Pete Dye. Club members represent a range of nationalities, and the clubhouse is the center of the community. On-site members can enjoy a private spa and health club, a 25-meter semi-Olympic pool, a children’s pool, a playground, tennis courts, shops and restaurants in the clubhouse. They also have access to all the services of the Casa de Campo Resort.