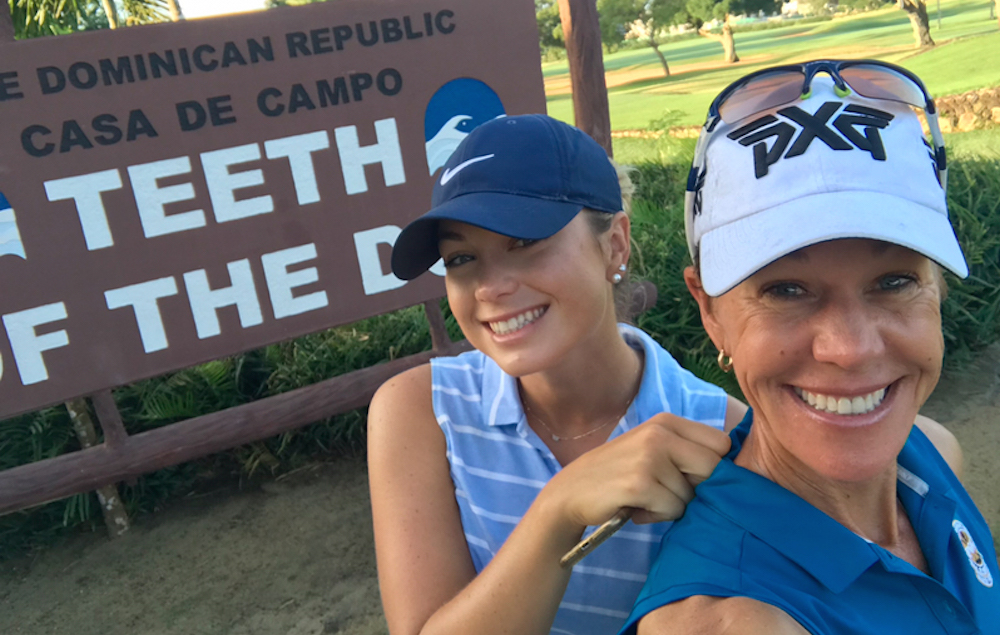 In line with its policy of taking golf to the highest levels and presenting hierarchy events, Casa de Campo Resort & Villas received the President of PGA of America, Suzy Whaley, who along with 24 American players enjoyed 3 intensive days of golf on the shores of the Caribbean Sea.

Whaley is the first woman to hold this important position within the PGA of America and is among the 100 best golf instructors worldwide according to the prestigious American magazine Golf Magazine. “It was a great experience in a fantastic place like Casa de Campo,” said Whaley, who provided a two-day golf clinic with his daughter, Kelly (golf professional) and Manuel Relancio, Head Pro of Casa de Campo.

“It is an honor for Casa de Campo to have received one of the best coaches in the world like Suzy, from whom we learned a lot in these three days. It is something that we will repeat every year because it is related to the level of proposals we have for the fans at Casa de Campo,” said Relancio. “They were two days with golf clinics of 3 hours each and the participants also had the luxury of playing in two of the best courts in the Caribbean like Dye Fore and Teeth of the Dog,” added the Argentine.

Beyond golf, the “Female Getaway with Suzy Whaley” included a tour of the entire resort, with lunch at the Lago Restaurant, dinner at the Minitas Beach Club and a visit to the spectacular Altos de Chavón.

Since its opening in 1974, Teeth of the Dog is on the list of the most coveted for those looking to play in one of the 50 best golf courses in the world. It is the only one with seven holes bordered by the Caribbean Sea, which, for its designer, the architect, and member of the Hall of Fame Pete Dye, these are “seven holes created by God”. Teeth of the Dog has hosted countless national and international tournaments, including PGA TOUR Dominican Republic Open and, twice, the Latin American Amateur Championship (LAAC).

For many consecutive years, Casa de Campo has been selected as “The Leading Golf Resort in the World” at the World Golf Awards and World Travel Awards, considered the Oscars of the global travel and tourism industry by the Wall Street Journal.

The travel magazine Travel Weekly in the United States selected this resort, located in La Romana, as one of the “Best in golf course design in the world” at the Magallán awards.