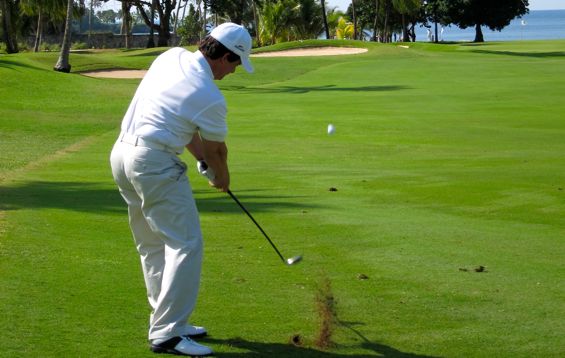 With this year’s awards looming in the next 6 months, Casa de Campo is taking advantage of now to refresh, renew and renovate Casa de Campo’s already impressive golfing facilities.

This year in August Casa de Campo will celebrate the opening of it’s 5th Pete Dye designed golf course – the new ‘9’ (as yet unnamed) near Altos de Chavón and the Dye Fore – this new facility will afford golfers a different golfing experience when playing in Altos de Chavón as the new ‘9’ has been designed to join with the Dye Fore and create a different 18 hole course. As part of this course a new Practice Range has also been opened, meaning that as well as 5 golf courses, Casa de Campo now boasts 3 practice ranges.

As well as this, work is already underway to completely renovate the Links – a beautiful inland course with palm tree lined lakes. The Links course closed on Monday May the 9th and is scheduled to remain closed until mid-December whilst it undergoes a renovation, maintenance and improvement plan being overseen by Pete Dye himself. Also under renovation is the Practice Range at the Teeth of the Dog, which is planned to last a month.

To read more about golf in Casa de Campo, click on the links below: