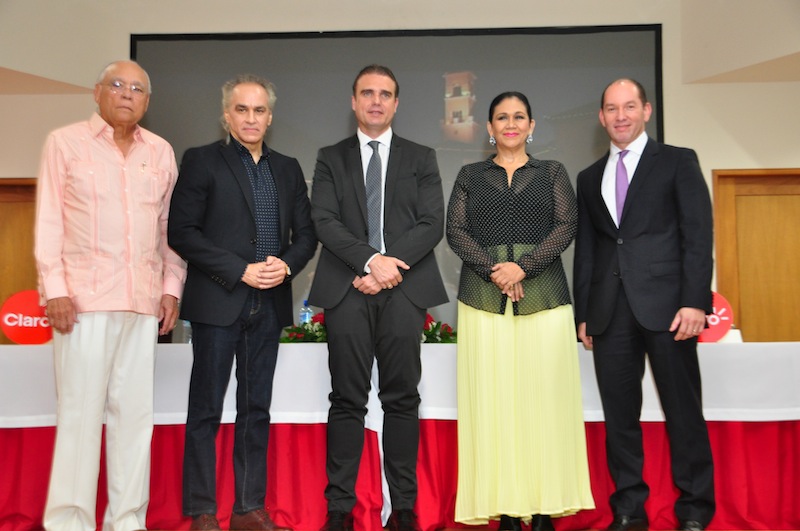 In just 2 weeks time, the Casa de Campo resort will be hosting not only the finals of the 11th annual Casa de Campo Semana Santa, but also the great Andrea Bocelli in concert at the Altos de Chavón amphitheater.

Earlier this week, in preparation of the grand event, Rafael Torres, President Casa de Campo Resort hosted a press conference in Santo Domingo to unveil the details of the Andrea Bocelli concert in Altos de Chavón amphitheater, a show that promises to involve the public in romance and excitement on Saturday April 4 at 8:00 pm.

Among the important announcements, it was revealed that the musical accompaniment will be led by the Philharmonic Orchestra Molina, with the musical direction of Carlos Bernini and with the participation of the Master Jose Antonio Molina as guest director. The Master Molina, who is the director of the National Symphony Orchestra, has also directed world-renowned artists such as Liza Minnelli, Celine Dion, Sting, Stevie Wonder, Elton John and Vanessa Williams, as well as Andrea Bocelli.

In addition, musician  Maridalia Hernández will open the show with a performance alongside the Orchestra conducted by José Antonio Molina.

The press conference was held on Wednesday March 18th in the Claro corporate building, and was presided over by Rafael Torres, President Casa de Campo Resort, Omar Acosta, Marketing Director for Claro, as well as musicians Maridalia Hernández and Jose Antonio Molina.

“Arrangements have been made for this show to have everything necessary to fulfil the demands of a spectacle of the highest quality; impeccable sound and the best mounting equipment, all in order to have what it takes to deliver a show according to the demands of the artist and the quality that we have come to expect of Casa de Campo” said Rafael Torres, President Casa de Campo Resort. “Casa de Campo Resort acquires more prestige having an event with such an important artist, and this is only the beginning of a series of shows that will continue to bring hundreds of Dominican families memorable moments in this prestigious resort.” He added.

On this occasion the technical production will be done by In House Productions, under the executive direction of Marino Gutiérrez and general production of the Casa de Campo Resort team led by Ana Pereyra.

Modern in an old-fashioned way, Bocelli has made his mark across the globe, as a living testimony of the Italian vocal tradition. Starring sold-out concerts at prestigious locations such as Carnegie Hall, the Wiener Staatsoper, the Metropolitan Opera House, Andrea Bocelli has recorded operas such as La Bohème, Tosca, Il Trovatore, Werther, Pagliacci, Cavalleria Rusticana, Carmen, Andrea Chénier. Among the most recent recordings, Manon Lescaut under the supervision of Plácido Domingo and Turandot (to be released in the next few months) conducted by Zubin Mehta.

The official prices of the tickets are: US$107 General tickets, VIP US$265  and US$717 Front Stage. Tickets are already on sale in Casa de Campo at the Casa de Campo Villa Owners Club, as well as at the Fundación MIR offices in Altos de Chavón and from the Hogar del Niño in La Romana. Tickets are also available at www.uepatickets.com and their entire network, Movie Max, CCN, Supermercados Nacional, Jumbo, Claro Clients Care Centres of the Corporate Building and Blue Mall (with 10% discount for Claro and Casa de Campo customers ).